As expected, AMD has now launched the Ryzen Embedded R2000 series processors that build up on the earlier Ryzen Embedded R1000 family, but doubles the number of cores to up to four, gets improved Radeon graphics, and adds support for Windows 11 operating system. 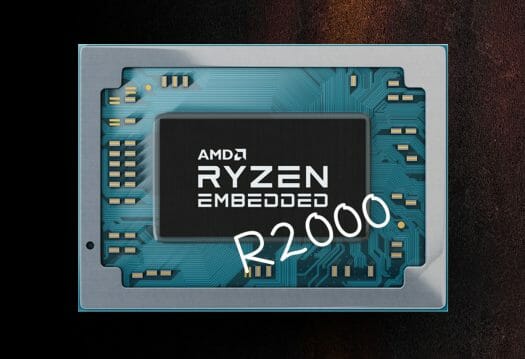 The company has four Ryzen Embedded R2000 processors in its portfolio at launch.

Key features and specifications include:

There’s no product page for now, so information is limited to what is shown in the press release, and the new Ryzen Embedded R2000 Series will be showcased at the AMD booth (Hall 3A, Stand 239) at Embedded World 2022, June 21-23, in Nuremberg, Germany.

Weird, whilst the V1000 and R1000 looked fairly similar, V2000 has been out for a while now with Zen2, but R2000 with Zen+ is now a generation behind the V2000. Is the emedded division where AMD clear out the stock that’s been sitting in their warehouse for 5 years?