I’ve written the first part of Mekotronics R58 review last month with an unboxing, teardown, and first boot with 3D graphics benchmarks. I’ve now had more time to play with Android 12 on the Rockchp RK3588 mini PC, so I’ll report my experience with the device.

As already mentioned, the box ships with Android 12 for TV and the stock launcher. The Google Play store is working, and I had no troubles installing all apps I needed for the review. 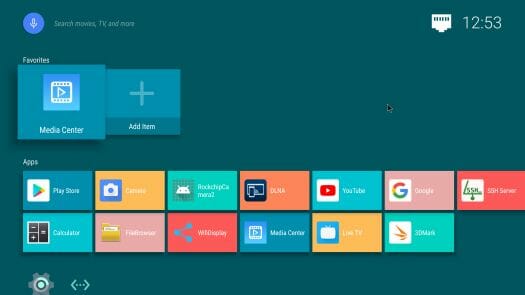 Most of the settings are pretty much standard. While the first time, I used Ethernet, and also tried WiFi 6 connecting the R58 to Xiaomi Mi AX6000 router. 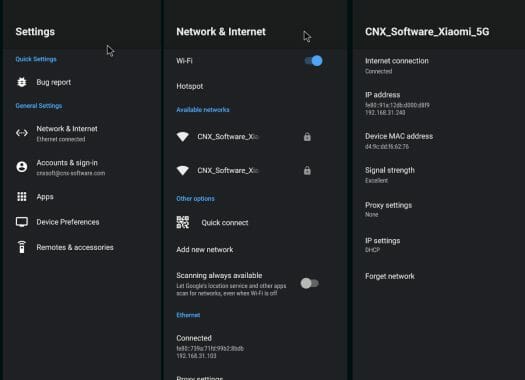 It worked but not without some effort, as initially, all I got were messages like “Couldn’t find SSID” both with 2.4GHz and 5GHz SSIDs.

It turned out I had to disconnect the Ethernet to make WiFi work, and from there it worked like a charm. 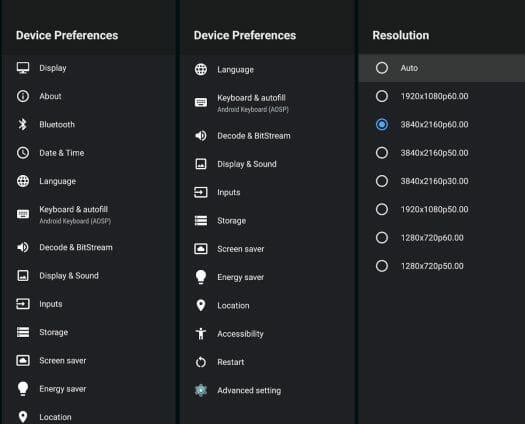 I won’t go through all the settings since most are common to other Android 12 devices. Going into Display, I could select the resolution up to 3840x2160p60.00 when connected to a 4K television, and up to 1920x1080p60.00 when using a Full HD monitor. If I had an 8K TV lying around in my house, I could also have tested 8K resolutions. But sadly, I don’t. 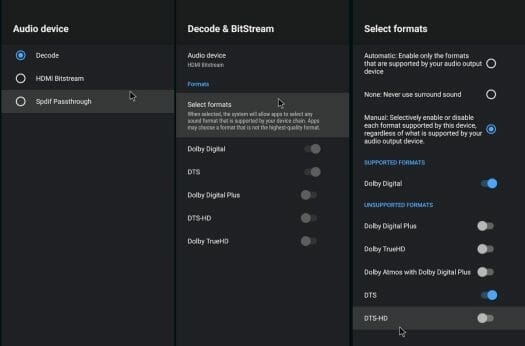 The Audio settings are also interesting with Decode (software downmixing), HDMI Bitstream (HDMI passthrough), and SPDIF passthrough even though the hardware does not come with an S/PDIF port. When using HDMI passthrough we can select audio formats such as DTS-HD or Dolby TrueHD. 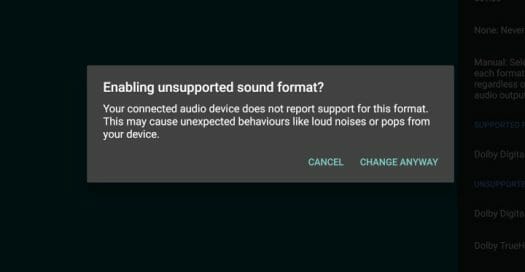 Many are listed as unsupported despite the mini PC connected to an Onkyo TX-NR636 AV receiver that supports them all, except Dolby Atmos. That does not look promising, but I’ll enable all of those, and we’ll test them later. As a side note, Onkyo has filed for bankruptcy, but the brand will stay alive through a joint venture between Sharp and VOXX (a subsidiary of Premium Audio Company). 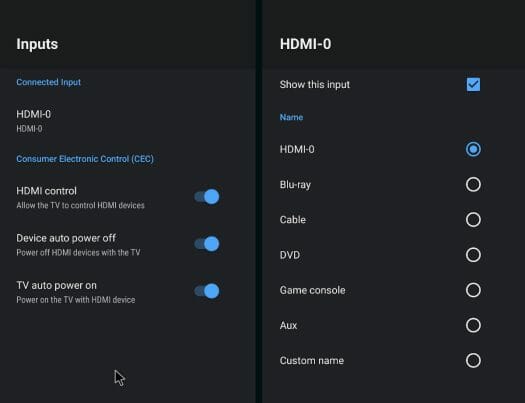 HDMI input is another differentiating feature of several Rockchip RK3588 devices, and the settings in Android 12 are pretty basic with some CEC control, and the ability to change the name of the interface… 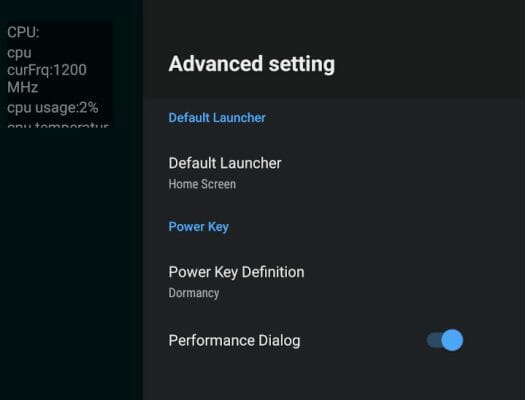 The “Advanced setting” section provides a few more options including a Performance Dialog toggle that enables/disables a small window at the top left corner showing CPU frequency and usage. I did not find it very useful, so I disabled it. 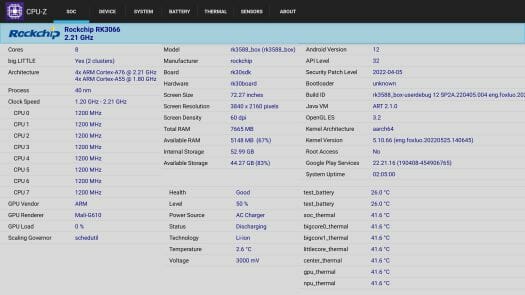 The app’s developer focuses on smartphone chips, and as usual, all Rockchip processors show as the older RK3066. But at least the rest of the details appear to be accurate with the “rk3588_box” system equipped with an octa-core processor with a cluster of four Cortex-A76 cores clocked at 1200 to 2210 MHz, and one of four Cortex-A55 cores closed at 1200 to 1800 MHz. The reported frequencies are a bit different than the ones from Rock 5B SBC, but maybe Mekotronics kept conservative settings. The GPU is Mali-G610, and my system comes with 8GB RAM, and 64GB MMC flash, of which 44.27 GB is available after installing a few apps. As we’ve already reported Android 12 runs on top of Linux 5.10.66, and the framebuffer resolution is 3840×2160 on Rockchip RK3588 platforms. The idle temperature is shown as 41.6°C.

Time for some benchmarks starting with PCMark 10. 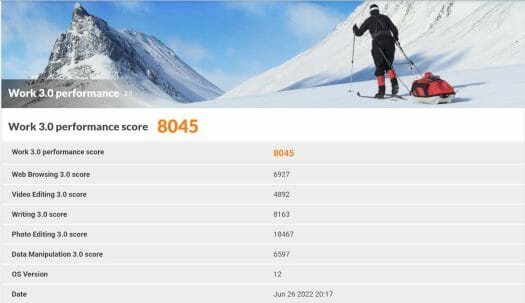 8,045 points with Work 3.0 performance, which sadly I can’t compare with any of my previous results with Work 2.0 performance since “Work 3.0 scores are not comparable with results from the older Work 2.0 or Work 1.0 tests“. But that could serve as a reference for future reviews.

Let’s go with Passmark PerformanceTest next. 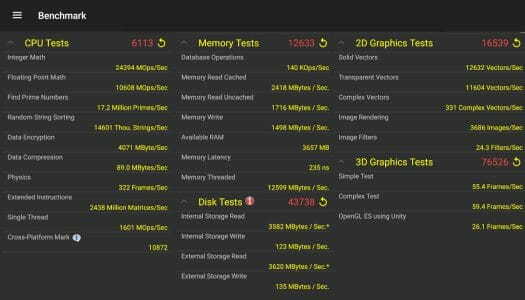 Note the warnings for the Disk Tests as the store read speeds are clearly incorrect and result from caching. But at least we can compare the other results to Khadas VIM4 with Android 11 64-bit (Amlogic A311D2), as well as Raspberry Pi 4 and ODROID N2+ (Amlogic S922X) SBC. 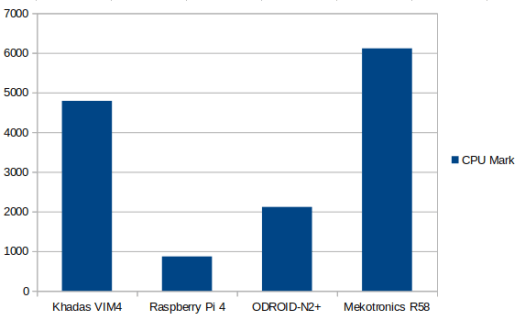 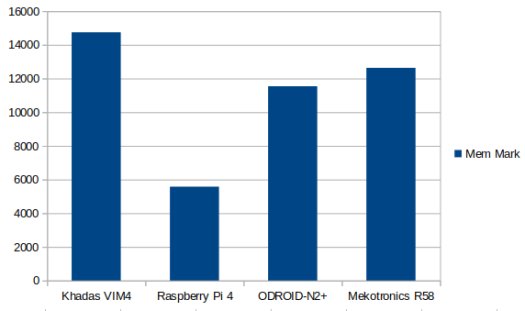 But Khadas VIM4/Amlogic A311D2 may still have the edge in terms of memory bandwidth. 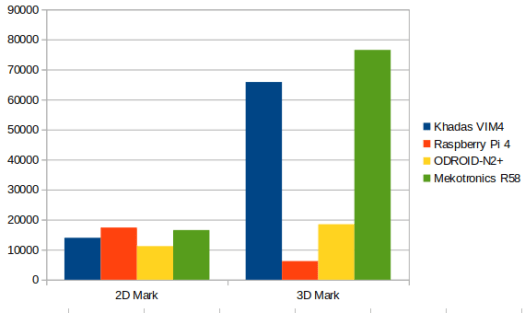 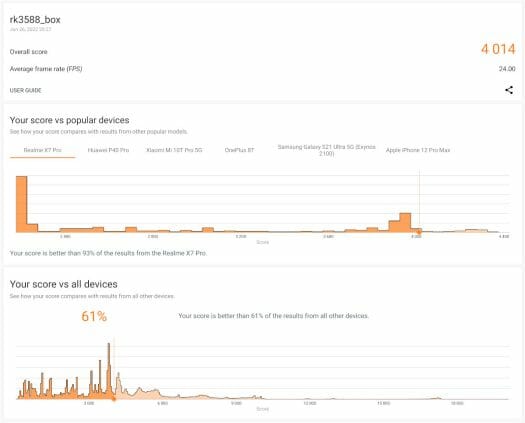 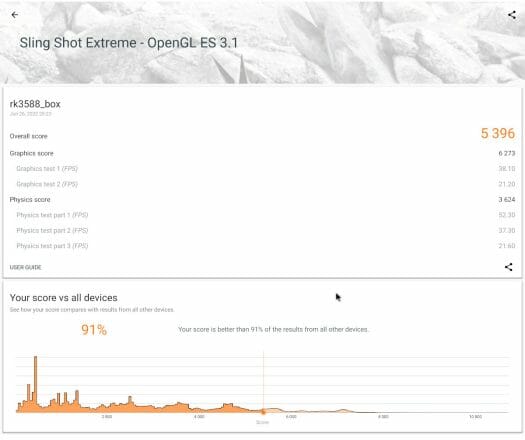 While Mekotronics R58 is not exactly a consumer device, I still tested Rockchip RK3588 with a couple of Android games due to the excellent GPU performance. Asphalt 8 was not playable since I could not play with a keyboard, and I did not have other input devices. Asphalt 9 was fine and really smooth.

Let’s check out the networking performance starting with WiFi 6

644 Mbps download and 607 Mbps upload seems pretty good to me.

The mini PC does not have any 2.5GbE port, but we can still check out Gigabit Ethernet:

That’s basically the maximum we can expect from a Gigabit Ethernet interface, so all good. But a full-duplex transfer fails:

It might not be supported by the MagicPerf Android app.

Before running storage benchmarks, let’s install a SATA SSD as I have received the SATA flat cable from Mekotronics. 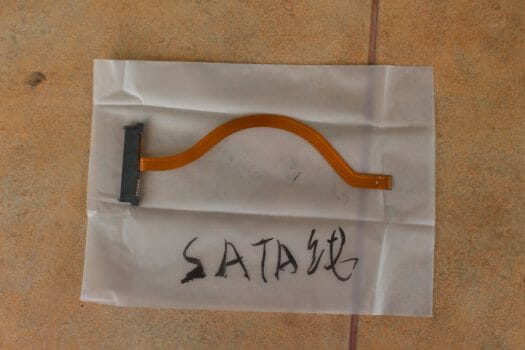 We’ll need to turn off the device, and open the enclosure to insert the flat cable into the FPC connector, and connect the SATA drive to it. 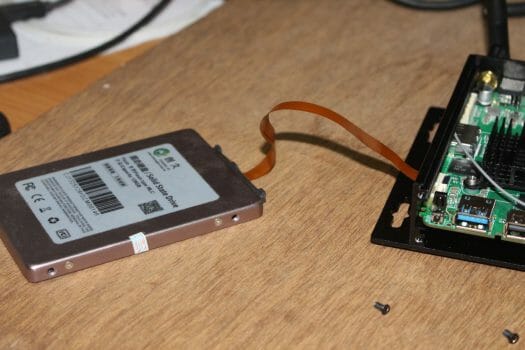 Once this is done, we can put the enclosure back together, and power up the mini PC. 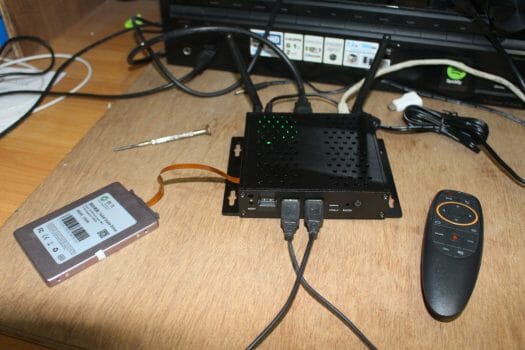 It’s not ideal for home users, but industrial customers may mount the SATA SSD on a chassis. cabinet or wall. 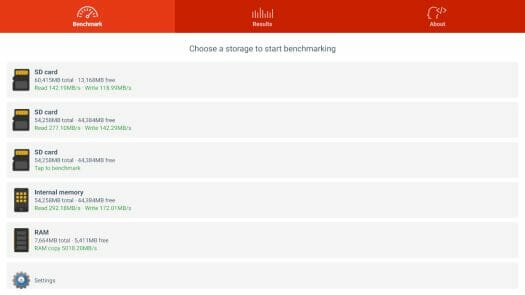 Finally, I’ve connected the ORICO Thunderbolt 3 + USB 3.2 Gen 1 enclosure with an Apacer SSD to the USB 3.0 port to test external storage performance. It did not show up in A1 SD Bench, as a drive with EXT-4 file system, so I had to format it as an “external drive” in the settings first before running the benchmark…. 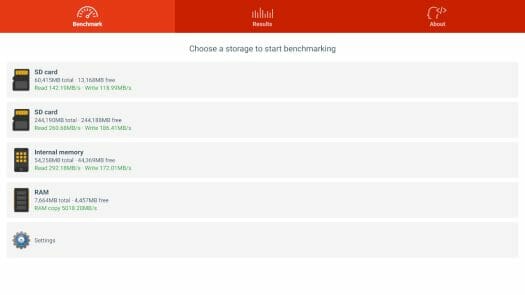 That’s pretty impressive, and I suppose getting an 8K-capable VPU helps with 4K videos… The only real failure was with the 4K AV1 which worked fine, but then froze at the minute mark. Please also note that automatic frame rate switching is not implemented, so 24 fps videos play best when the video output is set to 24 Hz.

I also tested an 8K video sample (with my 4K display)

AV1 video playback does not seem very stable. Note that I played the AV1 videos from a USB HDD instead, as the files would not show up in the Media Center app after copying them to the SATA drive with SSH. The system may not refresh the file list automatically…

I also check support for HDMI audio passthrough (the left side is the video content, and the right side is what was displayed on the Onkyo AV receiver):

This is actually much better with only TrueHD and Dolby Atmos not supported, and falling back to Dolby D 5.1. The Dolby Atmos sample has two sound tracks: one with the Atmos audio (music), and the second with Dolby D 5.1 (beep sound).

Video and audio playback is close to excellent except for AV1 videos and the lack of TrueHD support, but that’s only with Rockchip’s developed Media Center app, and third-party apps like Kodi should not work quite as well that early one.

The “RockchipCamera2” application allows us to test the HDMI input function, and we’ve connected a Ubuntu laptop to the HDMI input port of Mekotronics R58… 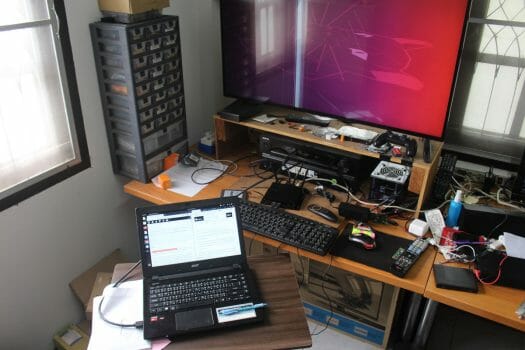 The good news is that the hardware works and is functional, but as you can see the secondary display is somehow rotated, and there’s nothing else that can be done with the app: no picture-in-picture, no PVR support. It might be feasible to implement those, but the software to do so are not been developed yet, or at least it’s not present in the firmware I’ve been using.

I measured power consumption with a power meter:

There does not seem to be any standby mode, as when I press the power button on the remote control, the mini PC will turn off, and I can’t wake it up from the remote control. Another note is that the device runs fanless, and I’ve not noticed any slowdowns even while playing Asphalt 9 for about 30 minutes.

Mekotronics R58 performance is impressive both in terms of CPU and GPU thanks to the included Rockchip RK3588 processor, the media center can play most 4K videos including AV1 and 10-bit H.264, HDMI audio passthrough is also working pretty well, and the Android 12 firmware provided is fairly stable, but there are still a few issues here and there, such as unstable AV1 video support, there’s no useful HDMI input app, USB 3.0 performance may need to be improved, and so on.

I’d like to thank Mekotronics for providing the R58 mini PC for review. The model reviewed with 8GB RAM and 64GB flash is sold for $223 US, but there’s also a 4GB/32GB variant for $189, and a 16GB/64GB model going for $259. You can contact the company to get samples or find more details on the product page.

Could you run and give the result of https://ai-benchmark.com/ ? Thanks

It’s probably not going to use the NPU, but I’ll give it a try later today.

Android has a standard NPU API, which AI benchmark uses. I would be surprised Rockchip didn’t implement it, but I guess we’ll see based on the results.

The score is 66.5.
It does not look like the NPU is enabled.
NPU support often comes later. It was the same for Khadas VIM3. We had to wait several months before being able to use it.
https://www.cnx-software.com/2019/11/21/khadas-vim3-npu-toolkit-release-video-demo/ 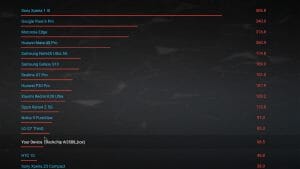 yes i would be also very interested in this!

Is it possible to overclock the CPU/GPU at all to squeeze a tiny bit more performance out?

Could you please make a power consumption comparisation with the rock 5 that also have the rk3588? Please make if possible such a graphic compatisation to other devices like done here for cpu powet: https://eji4evk5kxx.exactdn.com/wp-content/uploads/2022/07/Mekotronics-R58-CPU-Mark.png I would like to know the power consumption compared between those 2 rk3588 boards, the odroid n2+ and the VIM4. Just a simple reason why: I habe a Odroid n2+. I can measure mine and then see how your power measurement from the n2+ differs. Then i can add or remove the percentage power-difference i have on my side and would then know what values… Read more »

I will do that on Rock 5B this weekend. Our measurements may differ a bit though. I’m using a power meter that plugs into a socket, so besides the differences between the two power meters, we’ll be using different power supplies, and in the case of R58 vs Rock 5B, the OS will be different as well (Android vs Debian).