We’ve very recently written about Geniatech XPI-3566 SBC powered by Rockchip RK3566 CPU that somewhat follows the Raspberry Pi 3 Model B form factor. Boardcon Compact3566 offers similar features, but it appears to keep exactly the same port assignment as the Raspberry Pi SBC, so it should be compatible with more accessories.

The Compact3566 SBC ships with up to 8GB LPDDR4 and 128GB eMMC flash, features Gigabit Ethernet & WiFi 5, four USB 3.0/2.0 ports,  HDMI 2.0 output, MIPI DSI and CSI interfaces, the 40-pin GPIO header, as well as extra built-in features such as an M.2 socket for storage, RTC with battery, and a built-in microphone. 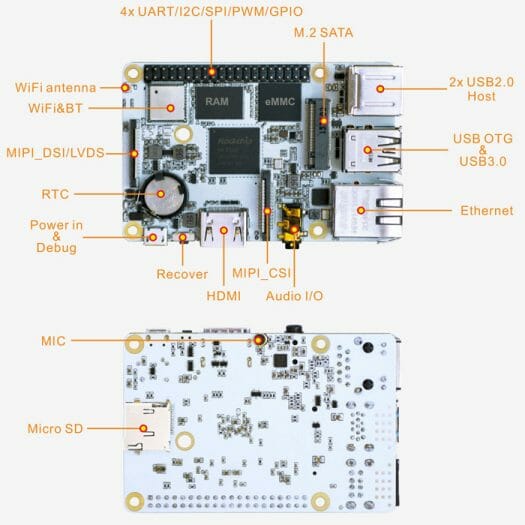 Boardcon says the Compact3566 supports Android 11 and Debian 10, and the board is especially well suited to embedded applications such as home security systems, robots with face recognition, drones, and HMI.

The Rockchip RK3566 board will not be perfectly compatible with the Raspberry Pi 3 Model B as the processor is in a slightly different location, plus the USB 2.0 ports are higher, so not all enclosures may fit. The company did not bother to provide a pinout diagram for the 40-pin GPIO header either, so we can’t say which Rasperry Pi HATs are likely to work, or which ones won’t. 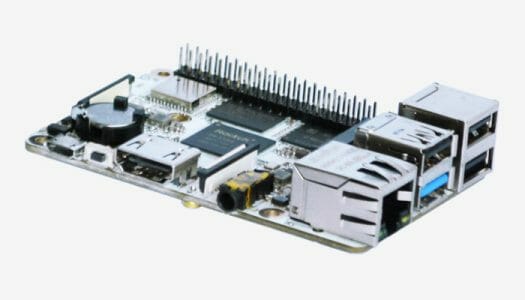 The board is available for purchase, but you’d need to contact the company by “email, phone, or fax” to arrange the order.  The Compact3566 is the third Compact board from Boardcon with previous models based on Rockchip RK3128 and NXP i.MX6, but the latter is much older and does not use the Raspberry Pi 3B form factor at all. You’ll find a few more details on the products page.

And it’s always a great idea to put something producing extra heat directly above the SoC. Even without a SSD cooking the SoC the slightly different position prevents using those great RPi aluminium enclosures efficiently dissipating the heat out of the enclosure.

Exactly my instant concern, an NVME above the nude CPU is an problem, I think 2230 discs wil fit better.

An NVME above a nude CPU is an real problem, I suppose 2230 discs fit better in this case, let’s see…