Most WiFi HaLow hardware platforms we’ve seen so far are based on Newracom chips, but AsiaRF AP7688-WHM WiFi HaLow IoT gateway features a module based on Morse Micro MM6108 802.11ah SoC instead.

The gateway is powered by a 580 MHz MediaTek MT7688 MIPS processor providing 802.11n WiFi 4 and dual Ethernet networking, and features a USB port as well as an RS232 console for industrial control.  WiFi HaLow (802.11ah) enables video and data transmission at a range of up to one kilometer and data rates of up to 32.5 Mbps. 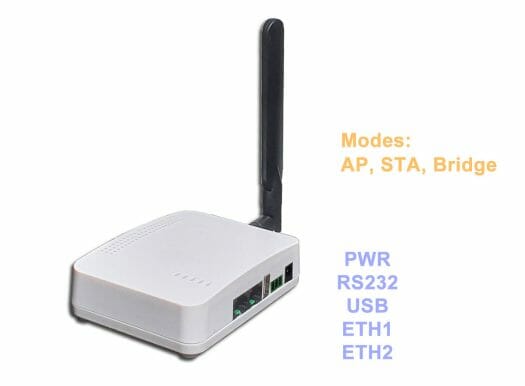 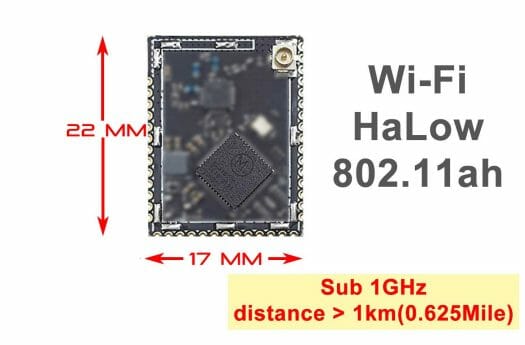 The gateway is based on the AsiaRF MM610X-001 WiFi HaLow module based on the Morse Micro MM6108 and mesuring just 22 x 17mm. WiFi HaLow supports access point, station, and bridge modes. The company does not list the operating system, but there should be a Linux distribution, most probably OpenWrt, running on the MIPS processor.

The data rate of WiFi HaLow will depend on the range, and the further away you go the lower the bandwidth and/or link rate. Four bandwidths are available each with several link rates to choose from:

some testing of Halow tech there :
https://discuss.ardupilot.org/t/1-0-video-and-data-transmission-link-and-support-mesh-networking/91282