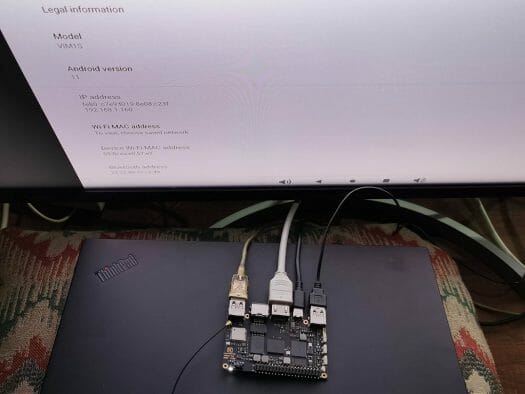 We’ve previously tested Ubuntu 22.04 on Khadas VIM1S Amlogic S905Y4 SBC, so we’ll switch to Android 11 in the second part to check out the user experience and benchmark the system under Android.

Installing Android 11 on Khadas VIM1S board with OOWOW

We’ll basically follow the same procedure as with Ubuntu to flash the Android OS. Press and hold the Function button, press the Reset button, and release the Function button. to enter the OOWOW Wizard, and if an Ethernet cable is not connected, select Network to configure Wi-Fi as the installation process requires downloading an image from Khadas servers. This time, we’ll select the latest Android 11 image namely vim1s-android-11-v221020.raw.img.xz

At just 525 MB in size (when compressed), the Android 11 image for Khadas VIM1S board is fairly compact. 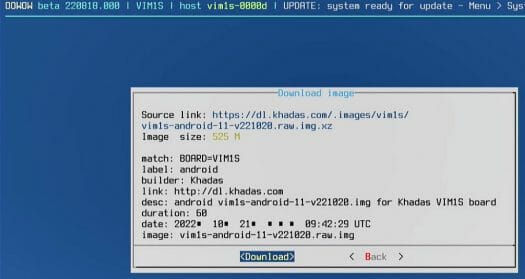 Installing Android with OOWOW is really easy with the interface downloading and flashing the image to the eMMC flash without having to prepare a MicroSD card or play with USB flashing tools. Once the installation is complete, we can reboot the board to access Android.

Most of the Settings are pretty standard, but Khadas also added settings specific to their boards. For example, it’s possible to set the screen rotation or adjust the density in the Display & Sound section. The power key behavior can also be specified by the user selecting either suspend, shutdown or restart. 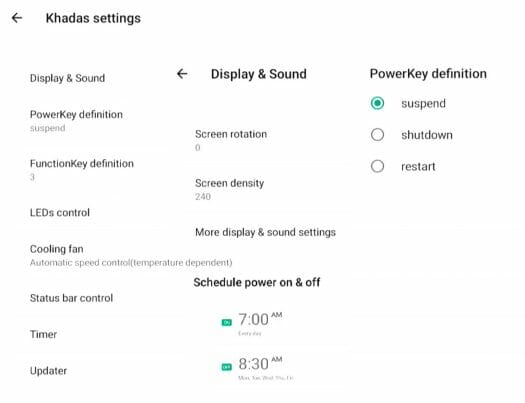 Another option includes scheduled power on & off where it’s possible to set the on and off times, as well as define specific days of the week. This feature is especially useful for kiosks or digital signage. We can also find more details about the Android version, WiFi, Ethernet, Bluetooth, etc. in the About device section. 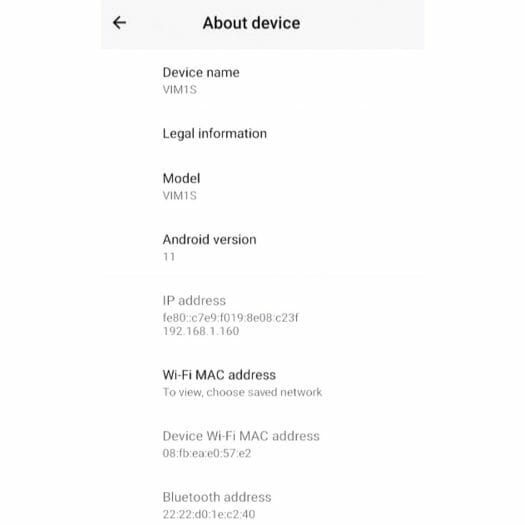 We then tested typical use cases considering the Khadas VIM1S board comes with 2GB RAM, a quad-core CPU, a Mali-G31 GPU, and support for AV1, VP9, and H.265 video decoding. So we plated some 4K Youtube videos as well as H.264 and H.265 files at 4K resolution with AMPlayer with the board connected to a 2K display.

We then installed Asphalt 9 to test a 3D game, and there were some stuttering problems while playing, but it could still be considered playable.

Before benchmarking the Khadas VIM1S board, CPU-Z was installed to check the system info including CPU, RAM, and eMMC flash size with about 10GB of free space after installing the OS. 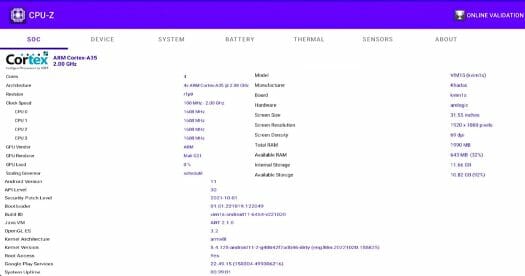 3D graphics performance was tested through the 3DMark Android Benchmark program using both OpenGLES 3.0 and Vulkan. The scores for Sling Shot and Wild Life were pretty low compared to a higher-end board such as the Khadas VIM4. 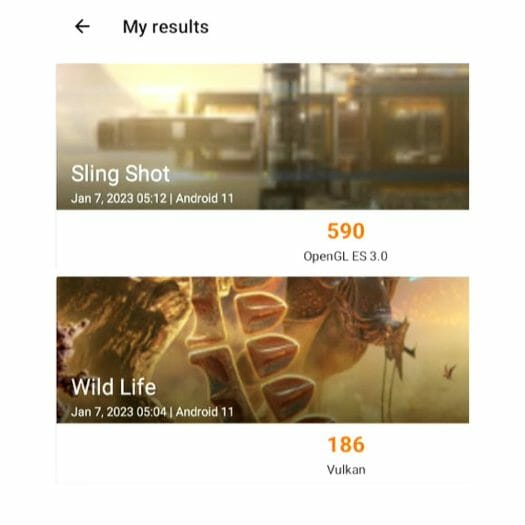 Android 11 is stable on the Khadas VIM1S board and can be considered usable to a certain extent. The performance is quite low, up to 5 times slower compared to VIM4, but on the other hand, the price is also just a third of the higher-end board, so it will depend on your use case. The Khadas VIM1S works well when playing videos and may be a good fit for digital signage and kiosk applications. Other benefits are its thin profile and low power consumption which can make it suitable for some robotics projects.

I’d like thank to Khadas for sending the VIM1S SBC for review. The board can be purchased on the Khadas online store for $64.90.

CNXSoft: This article has been translated (with some modifications) from the original review in Thai language on CNX Software Thailand.

Given almost identical single-threaded performance for S905Y4 @ 2.0 GHz (VIM1S) and S912 @ 1.4 GHz (VIM2) and the latter having a crappy memory controller and just twice as much cores of which four are castrated to run only at 1.0 GHz this is simply impossible.

Whatever that benchmark measures… if it would be ‘CPU performance’ then VIM2 could be maybe 1.5 times faster than VIM1S.

Is there anybody who was able to run armbian on S905Y4?