Jolla opened pre-order for the Jolla phone, the first phone based on Sailfish OS, in May this year, but the phone official launch took place yesterday in Finland with just 450 Jolla phones available out of the over 50,000 pre-orders. In May, Jolla hardware specifications were incomplete, but the company has recently released the full details, as you can see below. 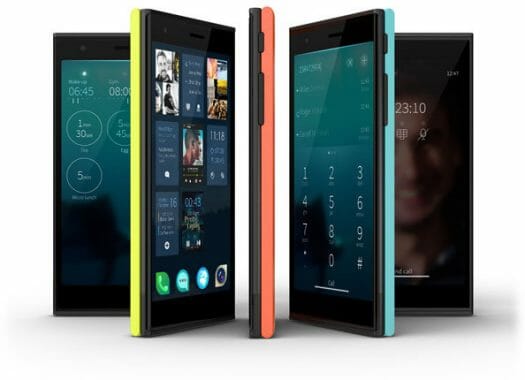 The phone currently runs the Beta version of Sailfish OS, but the company promises frequent system updates over-the-air. Jolla will support native (Qt) Sailfish OS app, as well as Android app thanks to Myriad Alien Dalvik. Myriad’s CEO, Stephen Dunford, explains “Alien Dalvik runtime will enable Jolla smartphone users to access hundreds of thousands of apps, including Facebook, Twitter, Foursquare, Skype, Viber and WeChat, as well as a variety of games, productivity apps and music apps.” You won’t be able to access Google Play Store, but Jolla has partnered with Yandex to provide an Android App Store which claims to host over 85,000 Android apps.

If you’re a developer and are interested in developing Qt5 apps for the platform, you can download Sailfish SDK for Windows, Linux or Mac OS X.

The phone sells for 399 Euros, but actual availability may currently be limited. Further information is available on Jolla website.

So where’s the GPL code ? Jolla have always talked about GPL and open source but I haven’t found anything regarding the GPL code in their phone.
I do realize some parts will stay proprietary but I wish they’d release the kernel at least, not to mention the code for the Mer stuff.

You have some information here:
https://sailfishos.org/about-license.html

They are not ready. Maybe when show code when it will be not in beta stage. You can participate in Mer and Nemo and check code from those channels i think.