Last spring, Canonical stopped working on mobile and convergence, and dropped any work on Unity, which explains why Ubuntu 17.10 is now running Gnome desktop environment by default. The company had to take this decision because there was little interest from manufacturers for such solution, and instead they refocused on the more profitable IoT and cloud markets.

However, some members of the community still wanted to run Ubuntu on their phone, and that’s why UBPorts community decided to carry on development on their own and released their first stable Ubuntu Touch image for supported smartphones last summer. 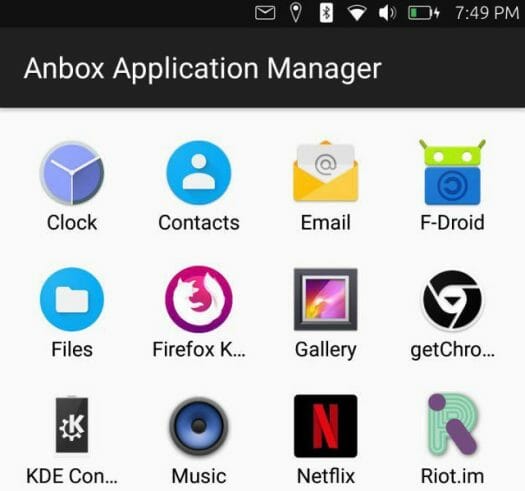 A phone running Ubuntu Touch is great, but you’d have a very limited set of app to play with, so the developers are now working on adding support for Android apps support. There are various ways to implement such features, but they went with Anbox, as it executes Android apps natively in a container, which does not compromise performance and usability as the more common approach of using an Android emulator does.

The images are not available for download yet, but a pre-alpha version of Anbox with setup instructions is expected in a few weeks. If you don’t want your phone to hae anything to do with your Ubuntu phone, don’t worry as Anbox will be an optional feature.

If you want to check out the status of UBPorts Ubuntu Touch firmware, you can install it on your phone/tablet, provided you own Fairphone 2, Nexus 5, OnePlus One, or BQ Aquaris M10 FHD. Some other phones and tablets may also run Ubuntu Touch, but they are not officially supported by the community.

Little interest from manufacturer… Or government that don’t want too secured phone spreading all over the world?

Anbox is now available for the Nexus 5 and OnePlus One.