Xiaomi Mi Box US is one of the recommended TV boxes if you want a pure  – and official – Android TV experience at an affordable price. However, updates to the latest version of Android has been slow, and until recently the device was running Android TV 6.x (Marshmallow) only, despite Android 8 being released in August 2017, and Nougat a year ealier.

But according to reports from reddit users, Xiaomi Mi Box has finally gotten an OTA upgrade to Android 8.x Oreo. 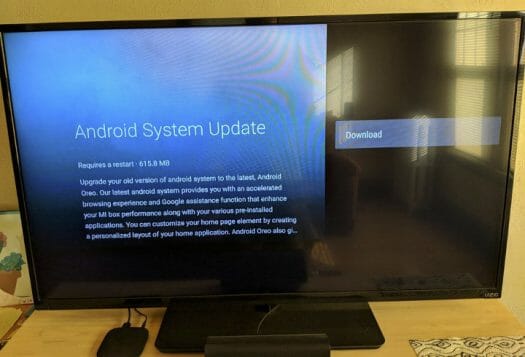 Some of the changes include support for Google Assistant, the new Android Oreo launcher for Android TV,  and other new features introduce in Marshmallow and Oreo. More geeky users reported Linux has also been updated to version 4.9.54, and Project Treble is installed with should allow for more timely firmware updates in the future, although without seamless upgrade support.

The Android Oreo upgrade has been reported in several country from the US & Canada, to France in Europe, and further East in India and Malaysia, so it should be a global update, an if you own a box it should already or soon be updated. If for whatever reasons you’d like to analyze the firmware update file, you can  download it directly here. 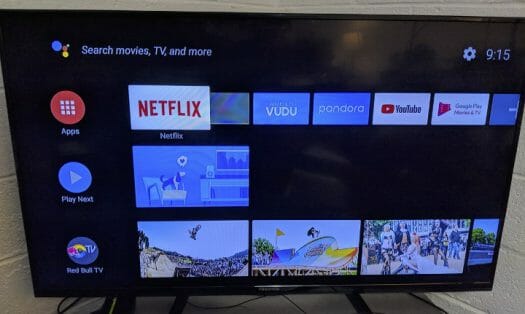 Get a NAS. Decouple player from storage, it will work much better. I was installing exposed + marshmallow SD card fixer for kodi to work on my wetek play 2, now I am running coreelec with a separate sbc for nas and happier than ever.

Both Widevine and Playready are fully supported. Netflix is pre-installed and the latest version of Amazon Video can be sideloaded from Shield.
If your TV supports proper DRM you can stream to its maximum resolution. HDR is also supported on both platforms.

thank you very much.

Yes, it’s “only” 9 months old at release time, which basically means they did their best during the development cycle to upgrade, and that it will never be updated anymore if they couldn’t figure how to remerge it with the latest fixes during these 9 months… After all we’re speaking about missing only 4400 fixes among which some potential local or even remote exploits… I’m not seeing how this is an improvement compared to what we’ve been used to seeing over the last few years to be honest.

Fully agree. 4.9.54 is just as horrible as 3.10.x or any other unmaintained kernel version…

Other Amlogic S905X boxes are not receiving this upgrade.
Cab a NEXBOX X95 use this ROM? Will anyone upgrade this cheap TV boxes.
PS; Good for Xiaomi

you need to look around Freaktab

Just a quick note to say that video is dated March 2018, and it’s Android Oreo “smartphone” version adapted for TV boxes. So it will be quite different from the Android Oreo “TV” version used in Xiaomi Mi Box (and certified by Google).

We should also remember Amlogic have several variations of their chips, Amazon Fire pendant is a s905Z

and Xiaomi Mi box is s905L. So it is not just a throw in the software situation.

Chinese Xiaomi MDZ-21-AB is feature limited S905-L and is specific to PRC.

Mibox MDZ-16-AB is full AndroidTV firmware based on S905X-H SOC as is the identical replacement device MDZ-22-AB which has stock AndroidTV Oreo and a refreshed remote.

Hmm. Android Oreo OTA update for Xiaomi Mi Box has been halted, and now back into beta… -> https://xiaomi.eu/community/threads/mi-box-3-oreo-internal-beta-test-program-more-submissions-activated-08-07-2018-10-57am.44778/