Amlogic recently launched its first Cortex-A55 processors for TV boxes with S905X3, S905Y3 & S905D3 quad-core processors, but as noted by one commenter Amlogic already had some other Cortex-A55 processor specifically designed for TVs and projectors: T950X2 for full HD systems, and T962X2 for 4K UHD systems.

Most smart TVs and projectors don’t advertise which chip they are using internally but I’ve just come across Anker Nebula Cosmos Max 4K home theater/video projector featuring Amlogic T962X2 processor. Based on the illustration below they also have a Full HD model based on the same processor. 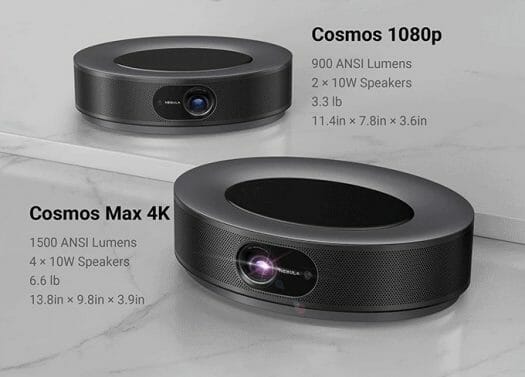 But I’ll focus on the 4K model in this post. 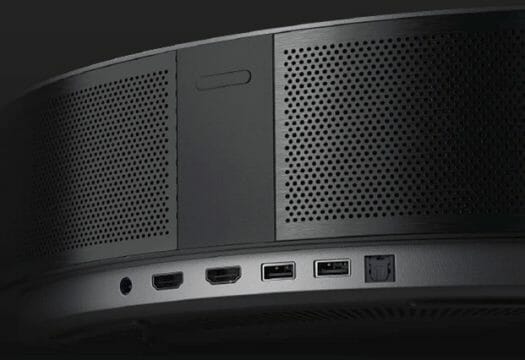 The projector runs Android 9.0 operating system, and the company claims support for Netflix, YouTube, TED, and Spotify but it’s unclear whether all can work up to 4K UHD. Although a remote control is included, the Nebula Connect app for Android and iOS can also be used to control the projector from your smartphone. That’s the same app used with the company’s earlier Nebula Capsule smart projector.

Anker Nebula Cosmos Max launched on Kickstarter a while ago, and with four days to go, the campaign raises a cool 1.5 million dollars.  Cosmos Max (4K) rewards start at $1,099, but the Full HD Cosmos goes for $469. Both ship  with a remote control and a power adapter. Shipping adds $30 to the total, and backers should expect their perks to start shipping in April 2020 if no unforeseen issues occur during manufacturing.