Linux 5.5 has just been released by Linus Torvalds:

So this last week was pretty quiet, and while we had a late network update with some (mainly iwl wireless) network driver and netfilter module loading fixes, David didn’t think that warranted another -rc. And outside of that, it’s really been very quiet indeed – there’s a panfrost driver update too, but again it didn’t really seem to make sense to delay the final release by another week.

Outside of those, it’s all really tiny, even if some of those tiny changes touched some core files.

So despite the slight worry that the holidays might have affected the schedule, 5.5 ended up with the regular rc cadence and is out now.

That means that the merge window for 5.6 will open tomorrow, and I already have a couple of pull requests pending. The timing for this next merge window isn’t optimal for me – I have some travel and other things going on during the same two weeks, but hopefully it won’t be all that noticeable. But there might be random timezones, odd hours, and random delays because of that. I try to avoid scheduling things during the merge window, but hey, it doesn’t always  work out, and I’d have to delay things by two weeks to avoid the conflicts, which just doesn’t seem worth it.

Particularly since it’s not necessarily going to be a problem to begin
with. We’ll see.

Anyway. Go out and test 5.5, and start sending me those pull  requests for all the new development that is ready, 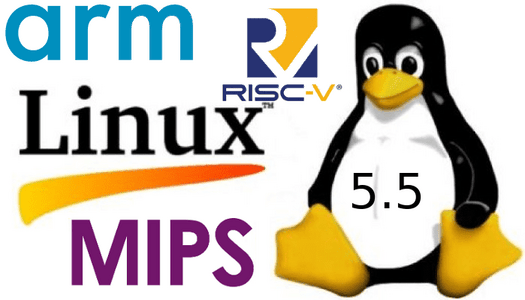 Some notable changes for Linux 5.5:

Some of the changes related to Arm architecture include:

Summary of changes for RISC-V architecture:

For even more details, you can find the complete changelog with comments only generated using git log v5.4..v5.5-rc7 --stat command. Alternatively, you could also read Linux 5.5 changelog on KernelNewbies website.

The postmarket OS developer are quite productive. They added a lot of stuff to the mainline kernel.