If you’d like a relatively low cost (~$200) mini PC featuring a recent processor with a TDP less than 10W your only options up to this point were models with Intel Cherry Trail, Apollo Lake or Gemini Lake processors.

The new processors have many the same features as the previous R1505G & R1606G models but at a lower TDP and performance (frequencies): 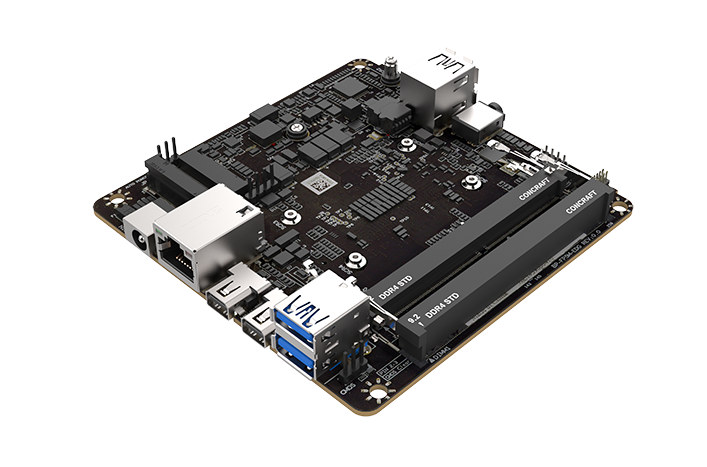 AMD also announced one of the first hardware platforms based on the new low-power Ryzen Embedded R1305G processor will be Sapphire NP-FP5 4″x4″ motherboard to be found in SimplyNUC Oak Tree mini PC.

The board is designed to be actively cooled, but I suppose there may be ways to go fanless with the 8W-10W processor. 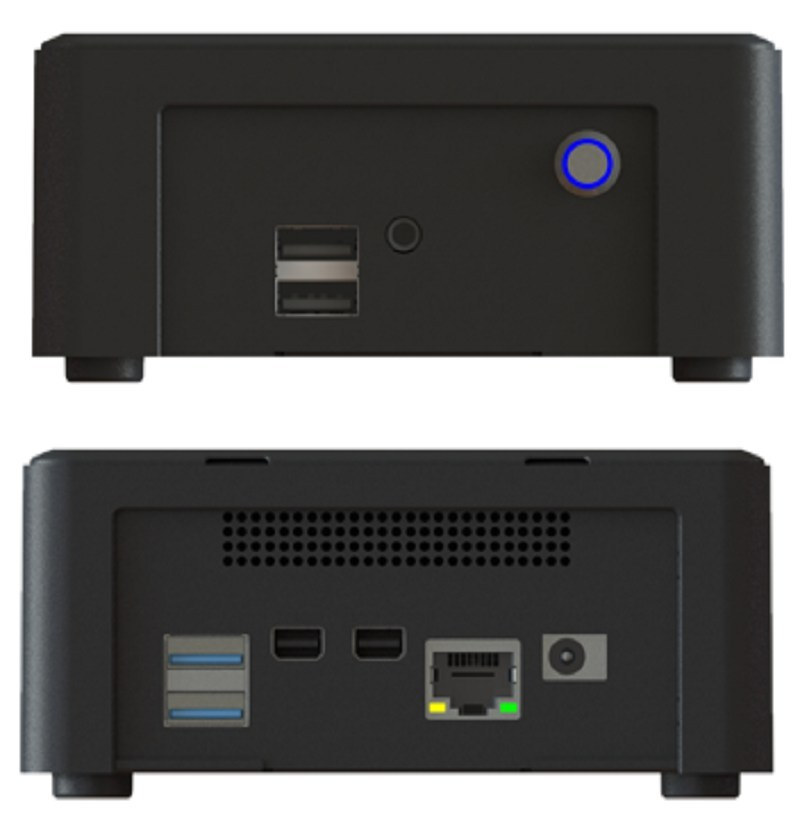 SimplyNUC Red Oak is expected in Q2 2020. Price has not been disclosed, but it should be higher than a typical Intel Apollo Lake/Gemini Lake mini PC because those are designed for business applications such as digital signage, industrial automation, or “edge data analytics”.

I think a board from hardkernel based on these would be nice. With 2 NICs, 2+ SATA connectors..

I’m waiting for a new APU board from pc-engines…

The embedded AMD pricing/conditions for small OEMs might not be as cheap and flexible as Intel. Given AMD pricing for R1000 and V1000 series, it is impossible to make a sub-$200 SBC with them. Think more like $350~500+ range depending on model. I do not believe that UDOO BOLT V8 is selling like crazy.

AMD embedded (R1000 and V1000 series) is targeting industrial boards (i.e. signage, medical equipment, etc). The Hard Kernel H2 x86 is targeting a much broader set of users while being sub-$200. The new AMD R4000 mobile series (and future replacement of 3400g, 3200g for very high-end SBC) or the Intel Atom Denverton and the newly P5900 series would be more adapted to what Hard Kernel is doing.

Add the thermal constraints: you need a heat sink large enough to avoid active cooling. Some of the processors I mentioned above would be a challenge.

Finally, if not sub-$200 then you reach a very hard ceiling: the competition from the main stream motherboard makers.

What I noticed in the x86 world is that the users are prompt to base their comparisons only on price and marketing specifications without looking into the details: especially the shared HSIO lines between PCIe, M.2 and SATA. Main stream motherboard maker marketing teams are experts at selling “unicorns” where a board has many PCIe lanes, M.2 and SATA ports. Except that when you read the manual you simply discover you can’t have all of them at the same time. Duh.

Yeah, but you’re comparing a 14nm CPU with 7nm one, and that’s pretty unfair. Any 14nm CPU would deliver enough juice with a TDP of 6-10W, if these were made on 7nm I assure you that 2c/4t +2Ghz with a nice iGPU would raise up, paired with 8GB RAM and SSD of 250-500GB more than enough for the most of users without any doubt. The price? it would be more expensive for sure, but we are talking about the lowest end CPU’s so not that much.

Are you sure about the 7nm? According to Heise Online (german news site) these new Ryzens are manufactured in 14nm by Globalfoundries.

Yes, they are 14nm and they are Zen, not Zen+ or Zen 2. For instance: https://www.notebookcheck.net/AMD-launches-two-new-ultra-low-voltage-Ryzen-embedded-CPUs-for-mini-PC-builds.454686.0.html

Anyway, my OP was not comparing the CPU but rather describing what makes sense and what does not for an SBC OEM like Hard Kernel. Again two of the constraining factors are thermal (passive cooling) and pricing (what SBC users are willing to pay for). The R1000 series does not help at all for the latter.

Sadly (I’m a 3900X user) AMD has not yet learned the ropes for providing cheap embedded solutions in comparison to Intel. That’s the reason you for instance find Intel Denverton in so many home, SOHO. small business NAS models (see https://duckduckgo.com/?q=Denverton+NAS)

Note that the nm of today are the MHz of 20 years ago. Using TSMC or GF’s thinnest etching is an excellent marketing argument in a mobile world. You can claim whatever gate width you want and it’s not just a matter of nm anymore, because the technology in use (FinFET, 3D, number of metal layers, gate length etc) has a higher impact on efficiency and chip size than the gate width. This also explains why a number of inexpensive mobile SoCs arrive with a very thin lithography that’s almost unavailable to more advanced technologies used in higher end chips.

GPU wise they are a level or two above the Celeron.

Shame if they are 14nm and Zen vs Zen2

laptop motile 14″ ryzen 3200U is in the same battle : 200$ for a powerful CPU, network, nvme, sata and a lowpower idle like 7w with screen on.
Let’s doing a real SBC in x64, efficient with real GPU drivers support for 70$, i will forget lot of craps from ARM
The only bad news is linux kernel have to be uptodate to the lastest 5.4.x