The company has now come up with an update to the latter with a more powerful Apollo Lake processor. HiGole F11APL comes with a slightly larger 11.6″ touchscreen display, but the Intel Celeron N3450 processor combined with 4GB RAM and 64GB eMMC flash storage will provide much better performance than the previous Cherry Trail-based solution. 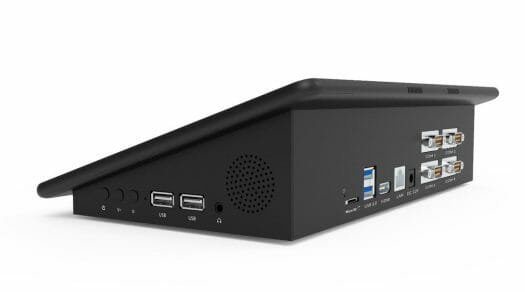 HiGole F11APL can ship with either Windows 10 (activated) or Linux, and supports features like network remote wake-up (Wake-on-LAN), RTC  controlled start-up. The mini PC can be used for various types of applications in the medical and educational sectors, for 3D printing, industrial automation, smart home, point-of-sales and so on.

Gole informed CNX Software the device will become available on the company’s Alibaba store on the 20th of March with pricing starting at $199 for the “basic” version.