GL.iNet Brume-W (GL-MV1000W) is a “pocket-sized wireless gateway for edge computing” that supports high-speed VPN up to 280Mbps with WireGuard, AdGuard ad-blocking software (AdGuard), and Tor. 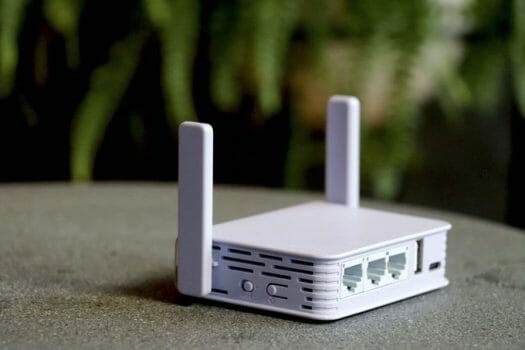 The design is very similar to the company’s Slate router but with a different processor, much more storage and memory allowing to perform better, and run Ubuntu for people wanting more advanced features.

Most people are likely to keep using OpenWrt since it comes with an easy-to-use admin panel available from a web browser or the GL.iNet mobile app for Android or iOS. You’ll find more details to get started and configure the wireless gateway on the Wiki that’s both for the earlier Brume (without WiFi) and the new Brume-W covered in this article.

There’s very little information about the Ubuntu image, but I’d assume you’d be on your own for configuration and setup. Marvell ARMADA 3720 is found in several hardware platforms running Ubuntu including Marvell ESPRESSOBin board and Blueendless X3 Networked HDD NAS case, and upstreaming to mainline Linux looks good too, so I’d be quite confident about Ubuntu support on this hardware.

GL.iNet launched Brume-W router on Kickstarter with a $50,000 HKD ($6,450 US) funding target that’s already been surpassed. Rewards start at around $120 US for the router with 5V/3A power supply, Ethernet cable and user manual. Shipping further adds around $25, and backers should expect their package to be shipped in September 2020.

I mean it’s certainly nice but at this price I’ve seen boards with Intel CPUs that still need some Wifi ( about 20 $ for some good AC adapter ) but are much more flexible and powerful than this.
I guess there’s still the size advantage but really it just costs too much per my opinion, there’s cheaper Chinese stuff for the same form factor.

I wonder if this is just using Adguard DNS or the full version which is excellent at blocking ads and removing all elements.

This appears to just add WiFi to the existing Brume which I’ve had since Dec. 2019.

this looks like as a chinese bad overpriced clone of espressobin

just know how they work

Router without inbuilt 5GHz network? For that money I can buy pocket router from TP-Link which is proven working now. Do not waste my time…