Amlogic S905C2 quad-core Cortex-A55 processor has been showing up in some Android 11 set-top boxes (with tuner), and a development kit, but with limited public information.

The specifications appear to be similar to the ones for Amlogic S905X4 processor plus additional support for DVB tuners and conditional access (CAS) with the latter confirmed by an independent source saying the Amlogic S905C2 processor is part of the Android 11 SDK with a reference board named “ohmcas”. 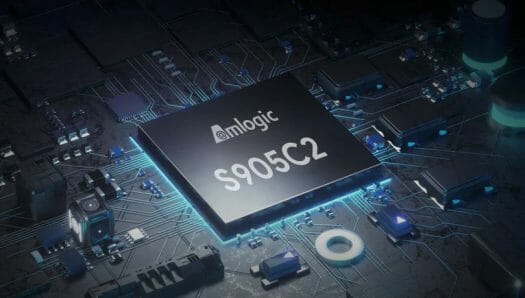 As a side note, the Amlogic 2018 roadmap included an S905C processor with a built-in DVB-C demodulator mostly designed for the Chinese market, so it’s not impossible S905C2 also includes a demodulator, but there’s no confirmation.

But Amlogic S905C2 may actually be the exact same silicon as S905X4, as the latter specs already included TS inputs and CAS solutions like Verimatrix, Irdeto MSR 3.2, Nagra NOCS3.2. So with the limited information available, we might just assume Amlogic S905C2 is S905X4 with one or more of the CAS solutions above, especially since some devices are shown to be equipped with Amlogic S905X4/S905C2 without clear differences between the two. 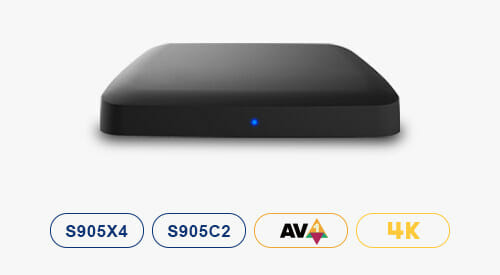 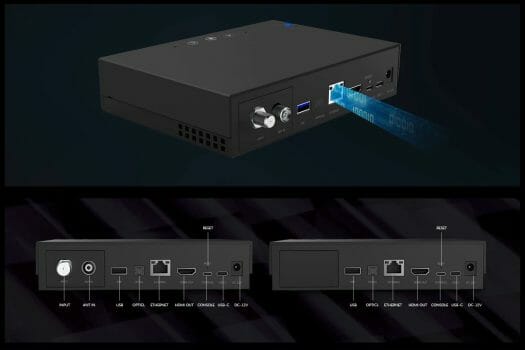 Other devices with the processor are Droidlogic “Amlogic S905C2 Developer Box” as shown above, and SDMC DV8945-S2 Hybrid DVB-S2 set-top box.

Only the former has a list price with the Developer Box being offered for $199, but out of stock. It’s the same price as the Amlogic S905X4 Developer Kit from the fall of 2020, and it’s hard to recommend even for developers that may benefit from “early access”, as we got feedback that it took months for the kit to arrive, some capacitors were damaged, and software support was dismissal.

In any case, that means Amlogic S905C2 set-top box with digital TV tuner and Android TV OS should be expected later this year.

CNX your article made me look for more detail, but instead I found hints of a S905C3 ?
Mentioned by Khadas https://github.com/khadas/android_hardware_amlogic_aucpu_fw

This is great news. Combi (TV boxes with both DVB-T2 & DVB-S2) are quite popular here in Europe. The problem with VU +, Zgemma, and Amiko satellite decoders is that you don’t have apps like Netflix.Then you have Android TV boxes such as the Mecool K7 HYBRID TV Box which has both dvb tuners and apps, but as great as it is, it has some software failings:1) Netflix is only standard definition2) Editing the channels order and names is clunky3) Connecting bluetooth earphones to it is cumbersome to say the least 4) With Amlogic chips as far as i know… Read more »

Most of Europe uses DVB-T2, though to my eye (speaking of Germany) – with extremely greedy approach to bandwidth. By the looks of it (I really haven’t had a nerve to set up the antenna and my DVB analyser rig after I moved here) on MPEG4 HD channels use CBR around 4-5 mbps, which is fine for talking heads, but absolutely falls to pieces on fast changing pictures during sport programmes. There is a reason why high-end satellite networks use VBR, even though it is more expensive on uplink side – to maintain decent quality during fast changes of pictures,… Read more »