The board supports up to 16GB of RAM, SATA & NVMe storage, and is equipped with three display interfaces, two Gigabit Ethernet ports, six USB3.0/2.0 interfaces, one RS-485/422, and four RS-232C serial interfaces. 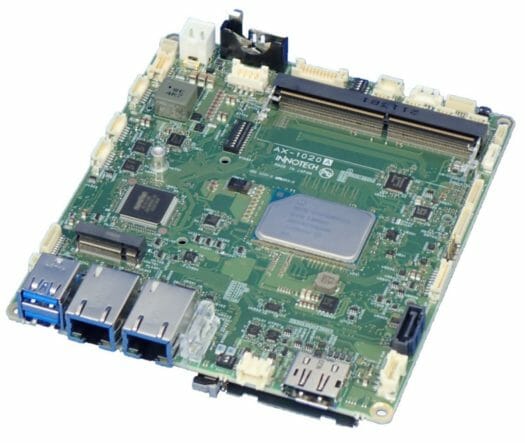 The company highlighted the fact that the Atom x6000E SBC is smaller than standard Mini-ITX boards (170x170mm), and published some Passmark CPU and GPU benchmark charts comparing Atom x6425E performance to the earlier Atom E3850 Apollo Lake and Atom E3845 Bay Trail processors used in some other of their boards.

INNOTECH AX-1020 supports Windows and Linux, as well as real-time operating systems such as VxWorks, and the company will provide long-term supply and maintenance for the board. Mass production of the boards will start in May 2022. More details may be found on the product page.