AAEON has just launched the UP Xtreme i12 Edge mini PC based on the company’s UP Xtreme i12 SBC equipped with an Intel Core i7-1270PE and other Alder Lake processors, up to 32GB LPDDR5 memory, and support for two M.2 NVMe SSD as well as SATA storage

The Xtreme i12 Edge is the successor of the Xtreme i11 Edge Compute Enabling Kit powered by a choice of Intel Tiger Lake processors. It also comes with 2.5GbE and GbE networking, one USB4 port, several USB 3.2 Gen2 ports, HDMI and DisplayPort video outputs, plus some COM ports and a terminal block for GPIOs. 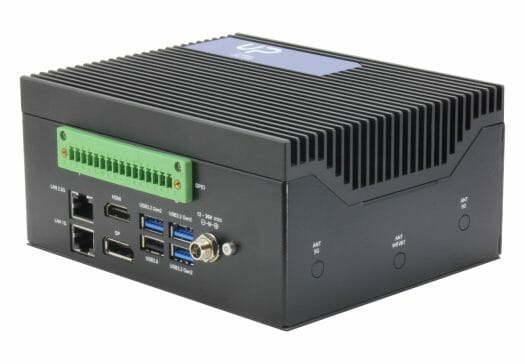 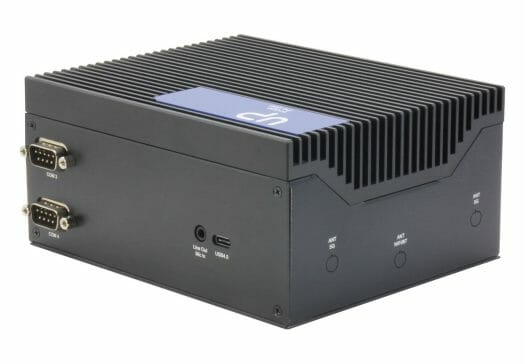 AAEON UP Xtreme i12 Edge supports Windows 10 Enterprise 2021 LTSC, Ubuntu 22.04, and the Yocto Project 4.0, and ships with a SATA cable and a SATA power cable. Contrary to its predecessor which was an actively cooled mini PC with a hybrid design comprised of a dustproof fanless metal enclosure topped with a metal cover with fins and fitted with a fan, the UP Xtreme i12 is entirely fanless only cooled by its metal enclosure.

I reviewed the UP Xtreme i11 Edge mini PC with Ubuntu 20.04 last year and was impressed with it since everything worked out of the box with good performance (for a Tiger Lake system), but I was less fond of the super noisy fan. I’m still using it mostly for testing 2.5GbE networking, or as a backup PC. Since the fan is gone, it could prove pretty hard to find obvious flaws with the UP Xtreme i12 Edge computer, which will also provide a boost in CPU, GPU, and AI inference performance. Last year, the USB4 port and the GPIO terminal block were casualties of the supply shortage, but both are now back in the UP Xtreme i12 Edge, so I’d assume the issue is now solved.

AAEON has yet to announce pricing, but those industrial-grade systems are usually a bit pricey, and I would expect the top model (UPX-EDGE-ADLPI7-A10-16128) with the  Intel Core i7-1270PE processor, 16GB RAM, and a single 128GB NVME SSD to sell for above $1,000. Additional information may be found on the product page.

fanless with a fan… 🙂