I’ve been using Xiaomi Mi A1 smartphone for well over a year, and during my initial review I was quite satisfied with the phone, and over time I was also pleased to receive regular firmware updates (monthly), and even an update to Android 8.0 and 8.1. Eventually, I found out the camera would be work that well in all situation as you can see from photos in that post, and a few months ago, I broken the display during a cycling trip, and eventually the phone basically died after one year due to an issue with the eMMC flash that become unbearably slow.

I intend to use it at least for 18 months, since we can expect firmware update during that time frame. But it was not meant to be, and I was due for a new phone. Xiaomi Mi A2 / A2 Lite smartphones were launched in August, and very recently they got an upgrade to Android 9.0 Pie, so I thought it would be good to review the upgrade model, and GearBest sent me Xiaomi Mi A2 model with 4GB RAM, and 32 GB flash. I’ll start the review by listing the specifications, unboxing the device, and running Antutu benchmark, before posting my experience in the second part of the review one I’ve spent a couple of weeks with the phone.

The main improvements should be the faster processor, slightly larger screen, significantly better rear and front-facing cameras, and Bluetooth 5.0 support.

I received the phone in its retail package, 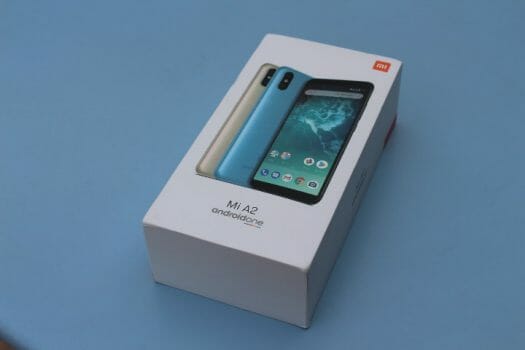 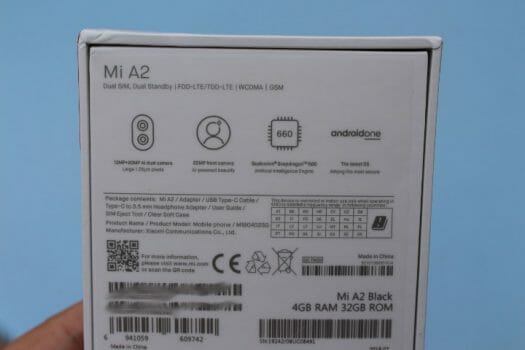 The phone ships with a USB type-C to 3.5mm audio jack adapter, a SIM card tool, a user manual in English, and a standard 5V/2A power supply together with its USB type-C cable.

There’s also a back cover that I forgot to include in the photo above. Xiaomi Mi A2 looks very much like Mi A1, except for the larger screen. 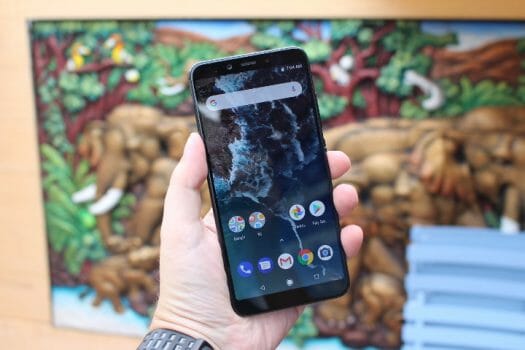 The bottom is similar with holes for the speaker and microphone, USB type-C port, but the audio jack is truly gone. 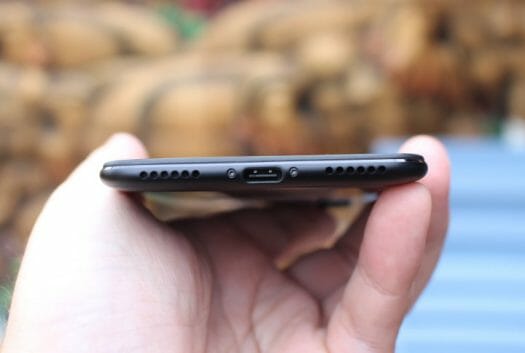 The power and volume buttons can be found on the right side of the phone. 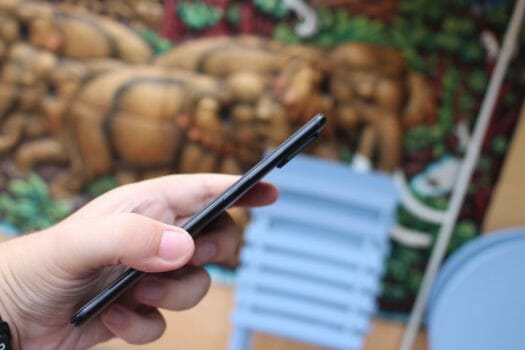 The dual rear camera, and fingerprint scanner are the prominent features at the back of the phone.

The sticker on the back side confirms only nano SIM cards are supported, and there’s no micro SD card support.

You can also watch the unboxing and first boot video below.

The first boot o Xiaomi Mi A2 looks basically the same as on Mi A1. You are greeted with the stock Android launcher and some Mi apps,

prompted to go through a wizard including the restoration of your backup from your older phone (app, setting, WiFi passwords…), and soon enough a firmware update. But sadly I’m still stuck at Android 8.1.0 with November 2018 security patchset. No way to upgrade to Android 9.0 for me yet through the OTA.

Let’s go through CPU-Z and Antutu 7 app to complete the first part of this review.

The processor is wrongly detected  as Snapdragon 636, maybe because it’s too new, but the app still reports SDM660 with 8 Kryo 260 cores clocked at up to  2.21 MHz. The total amount of RAM is 3730MB, and internal storage is only 17.34GB, so it might be a good idea to go with the 64GB version instead, especially micro SD cards do not appear to be supported.

I took the screenshot after the firmware update, and Android 8.10 is running on top of Linux 4.4.78+ with November 2018 security patch level. The battery is reported to be 3,000 mAh.

CPU-Z also reports the data from the many sensors in the phone.

Antutu 7 was released earlier this year, and the results are completely different from Antutu 6, so they cannot be compared. Antutu does offer a comparison with higher-end devices, and as one should expect Xiaomi Mi A2 comes a little short as a mid-range device. 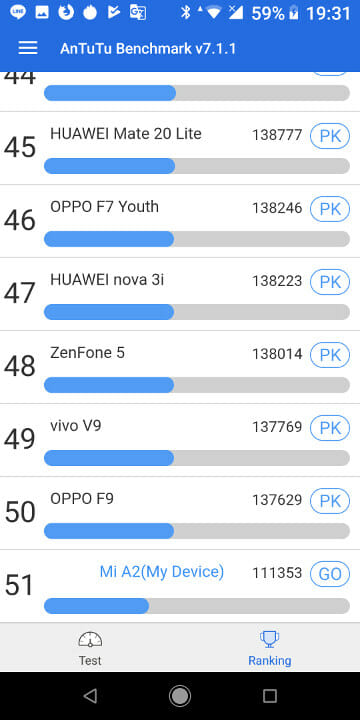 If you are interested in the phone, GearBest sells it for just under $300.

I will never understand why Xiaomi take out the headphone jack as well as MicrosD slot on the midrange devices.

Your review missed the best part about this smartphone which is the low light camera performance. The small price and the two f/1.75 cameras are the main reason to buy this smartphone in my opinion.

Didn’t the 660 congee pout act the same time as the 636? I know it’s a year old, it was the chipset used in the higher capacity sharp aquos s2 (which I am choosing right now).

I think my phone is dead. It lasted about 18 months, and recently it started to get slow, and it’s now stuck in a boot loop.