Unsurprisingly we don’t read much about new Rockchip RK3368 products four years later. But Rockchip appears to have launched a RK3368 “refresh” with RK3368PRO processor equipped with most of the same features, plus the addition of a USB 3.0 interface, and HDR support. The company also updated software support to Android 9.0 Pie. 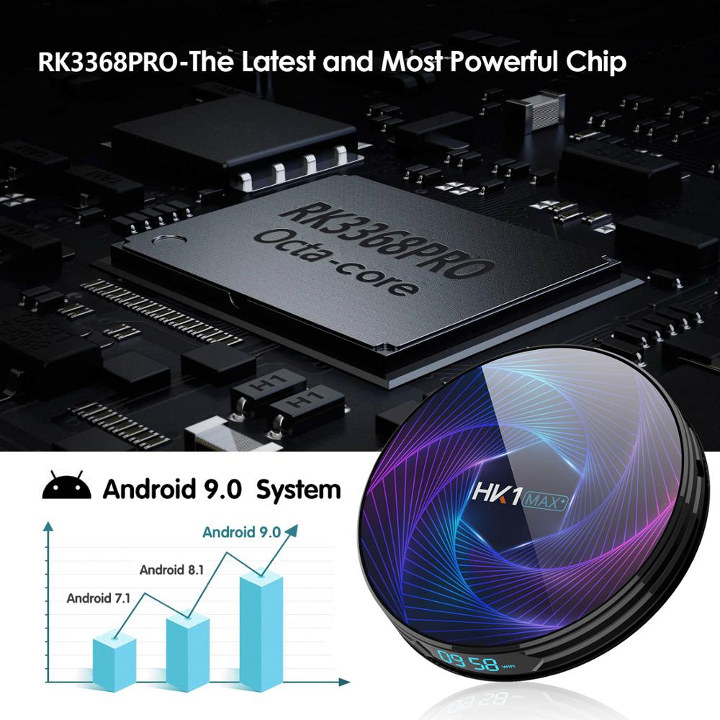 We don’t actually have much information about the processor as we learned about it via a listing on Aliexpress for HK1 MAX PLUS TV box with the following (preliminary) specifications: 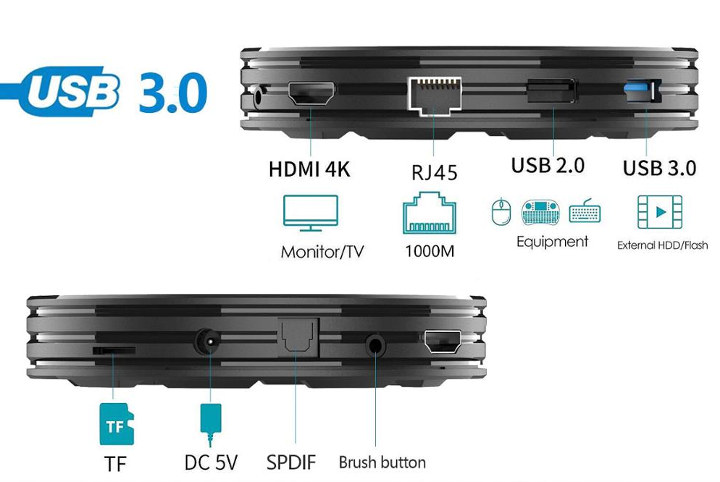 I’ll let you find out what a “brush button” is since I have no idea. It just looks like a typical 3.5mm AV port with composite video and stereo audio, but the specs specifically indicate there’s no such AV port. Sometimes they include the recovery button in such opening, so maybe that’s the case here.

The box runs Android 9.0, and ships with an IR Remote control, a power supply, an HDMI cable, and a user manual by default. There are also optional accessories such as T1 voice remote for Google Assistant, and that happens to have shortcuts for Netflix, YouTube, and Google Play as shown below. 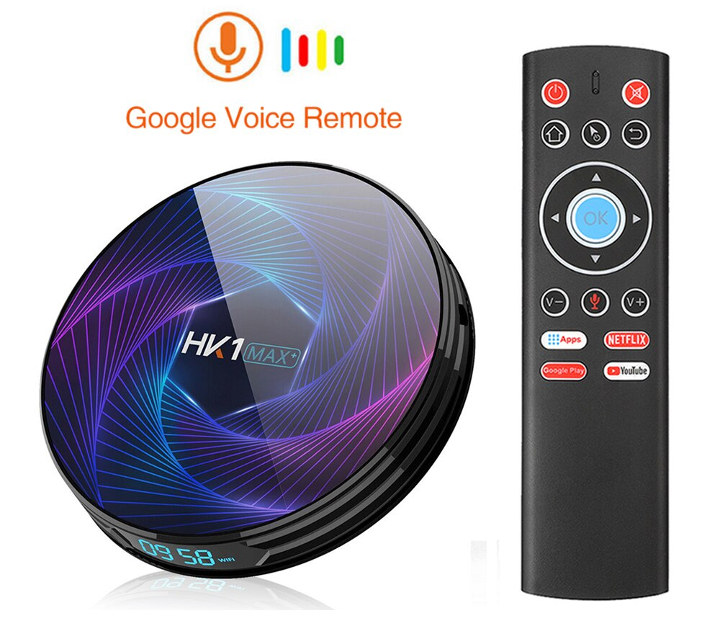