Amlogic S905X3 is the first Arm Cortex-A55 processor from the company, and we’ve seen it does not differ that much from the previous generation in our S905X3 vs S905X2 comparison. The Cortex-A55 cores have similar performance compared to Cortex-A53 cores., but S905X3 SoC does provide support for DDR4 memory up to 3200 MHz which may improve 4K HDR video playback and 3D gaming, as well a 1.2 TOPS NPU for AI workloads such as voice recognition.

The first Amlogic S905X3 TV box launch we covered was Beelink GT2 Mini with price starting at just under $50 for the 2GB/16GB version and $70 with 4GB and 64GB RAM. Prices have now somewhat come down, but if you’re looking for a cheaper model X96 Air is now offered on Aliexpress for $29.39 including shipping with 2GB RAM, 16GB flash, while the 4GB/32GB variant is sold for $38.01, and up to $40.95 with 64GB storage. You can also spend a bit more if you want a wireless keyboard or voice remote control. 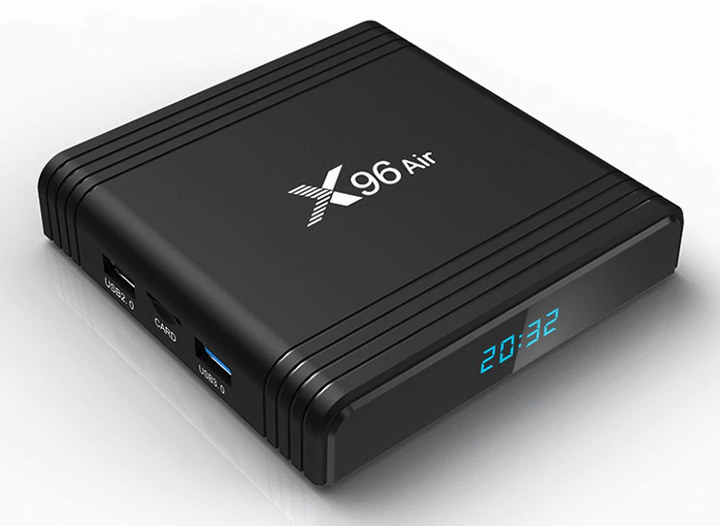 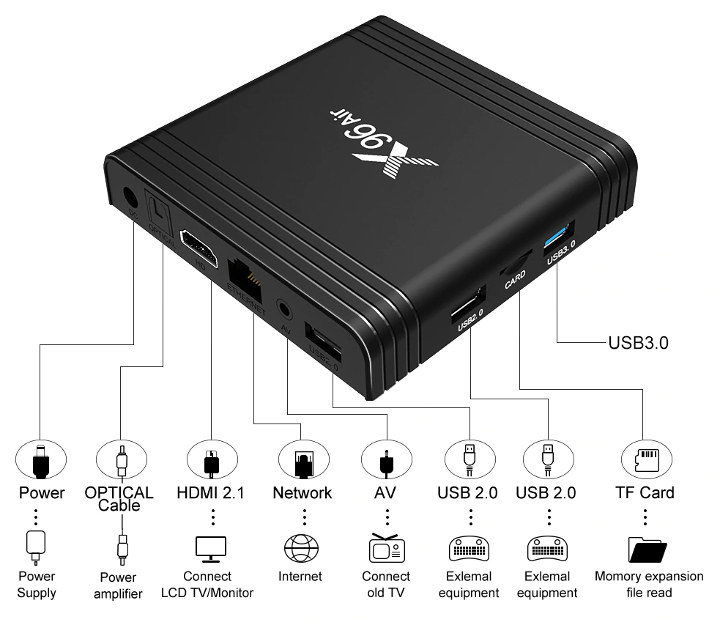 X96 Air runs Android 9.0 and supports OTA firmware upgrades. The marketing materials on Aliexpress also claim the box plays YouTube 4K, but I would not count on it unless a review proves otherwise.

The device ships with an IR remote control, a power supply, an HDMI cable, and a user manual. The wireless backlit keyboard is optional with a choice of English & French, English & Spanish, English & Russian or English only. The voice remote control, also optional, comes with a gyro function, so that’s actually an air mouse.