We’ve already seen a few DIY Raspberry Pi-based handheld computers in the past with the likes of Zero Terminal V3 or hgTerm powered by a Raspberry Pi Zero and a stripped-down Raspberry Pi 3 board respectively.

So why not another? YARH.IO Micro 2 DIY handheld PC is based on a Raspberry Pi 3B+ SBC stripped from its Ethernet port, whose double stack USB connectors have been replaced with single stack USB connectors. The DIY computer also adds off-the-shelf parts with a 4″ touch screen display and a Bluetooth keyboard without touchpad, and gets its power from a 3,500 mAh battery. 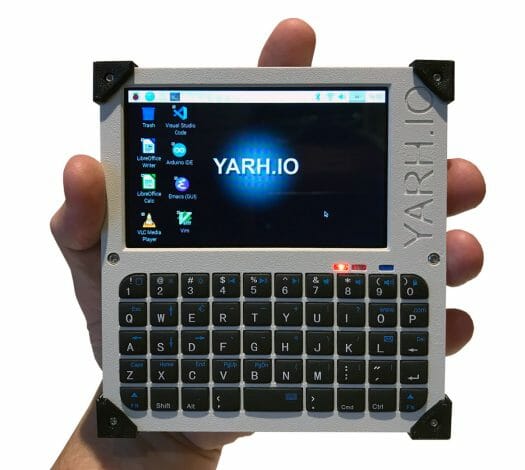 The case is 3D printed and you can find the 3D printer files here. 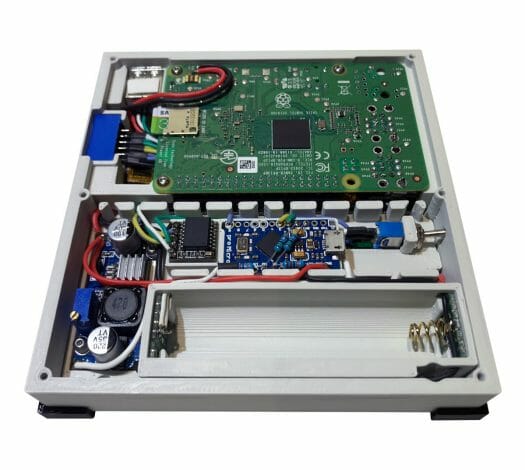 YARH.IO Micro 2 can run Raspberry Pi OS or Kali Linux, and installation instructions and software documentation can be found on the project’s website.

If you like this Raspberry Pi handheld PC, but don’t feel confident (or lazy) about the DIY part, the designer sells fully assembled prototypes for $629.99.

Via NotebookCheck.Net and Hackster.io

Not even my final form! 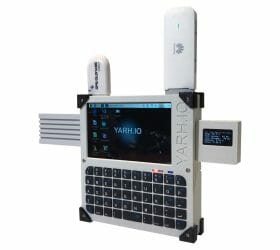