Since the launch of Raspberry Pi CM4 and CM4Lite systems-on-module last October, we’ve seen carrier boards bring their own set of features including industrial communication interfaces, a stereoscopic camera, four SATA ports to build a NAS, a DIN-rail based industrial controller, and more.

But so far, I have not seen a Raspberry Pi CM4 carrier board with dual Ethernet ports. Seeed Studio’s “Dual Gigabit Ethernet Carrier Board for Raspberry Pi Compute Module 4” was brought to our attention this morning, but there’s another one with 4G LTE connectivity, Fast+Gigabit Ethernet ports, and extra I/Os courtesy of MCUZone’s CM4-4G IO board. Let’s have a look at both of them. 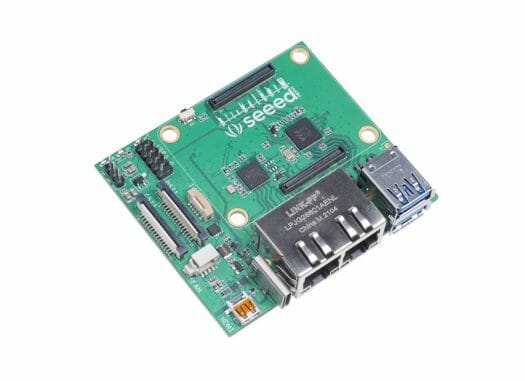 The company says the board is best suited to be used as a software router, but it can also be used for IoT, Smart Home, and camera projects, as well as HTPC maker.

Seeed Studio’s Dual Gigabit Ethernet Carrier Board for Raspberry Pi Compute Module 4 is available for pre-order for $45 plus shipping, with an estimated delivery date currently set to April 15th. 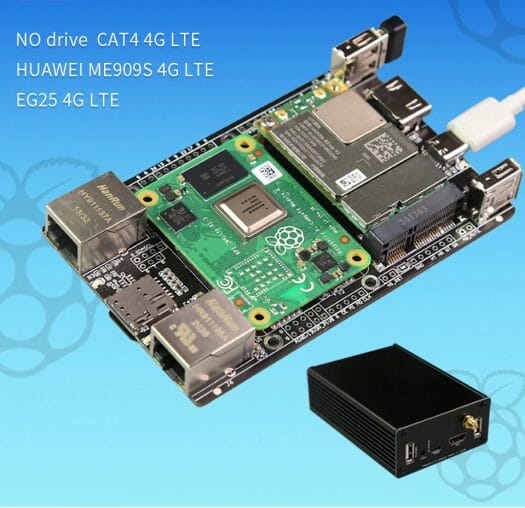 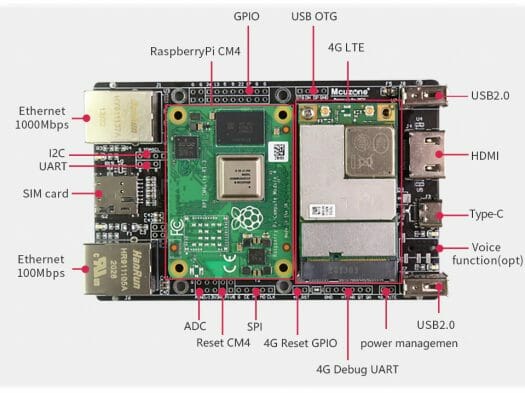 The company says all main functions of the board works with Raspberry Pi OS Full/Lite and Ubuntu 20.04 including 4K video output, Ethernet, USB, and 4G LTE connectivity.

Typical use cases include software router and gateway, but data throughput will be lower than for the Seeed Studio board due to USB 2.0 ports, and one of the Ethernet ports is limited to 100Mbps. So MCUZone board may only be preferred when 4G LTE is a must, or extra I/Os are required. The company also offers an optional aluminum allow case supporting one or two high-gain antennas. 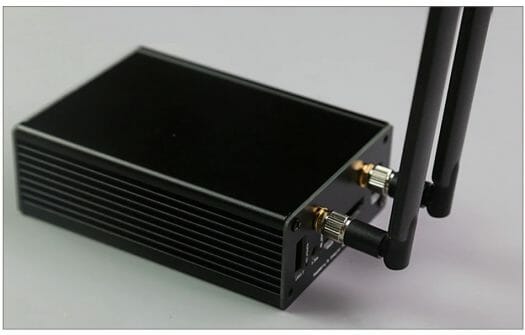 MCUZone’s Raspberry Pi CM4-4G IO board can be purchased on Aliexpress for $109 and up. The price is much higher than the Seeed Studio carrier board because the company only sells it with a 4G LTE modem at this time, more precisely a choice of three Huawei modems with the total price ranging from $109 to $129. The metal case adds $11.99.

Why are they still using the USB controller?

Any idea why they chose the LAN7800 instead of something working more flawlessly?

LAN7800 is the industrial-grade, and other popular solutions might be unstable from time to time

Thank you for asking and the funny answer. The LAN7800 (same Ethernet IP as in the crappy LAN7515 chip on RPi 3B+ where it’s combined with USB2 hubs) is well known for its various problems since the launch of the 3B+ three years ago. Various threads on raspberrypi.org contain the details (you find many of them by searching there for ‘RTL8153’).

Any idea if Seeed’s board has USB gadget on the USB-C port?

I guess Jeff Geerling’s try with a quad gigabit Intel card
https://www.youtube.com/watch?v=a-0PeuPINiQ
is beating any of these 2 for throughput… probably at the expense of power consumption and size/Frankenstein look?
Why can’t they just create a board with dual/quad Intel network chips connected to the PCIe lane?