Crowdfunding can be fun, but also risky for backers, especially when backing projects from startups. There are many such examples of projects gone bad, and last year we noted TAIHE Gemini portable display was another crowdfunding campaign gone wrong despite raising over one million dollars.

Today, I’d like to reiterate this warning with “Mi Mini PC“, a pocket-size Windows 10 Mobile PC that was introduced on Indiegogo and raised a cool 1.5 million dollars. Note that the “Mi” here is completely unrelated to Xiaomi, and the product was developed by a company with the now-unreachable  mipcworld.com website. 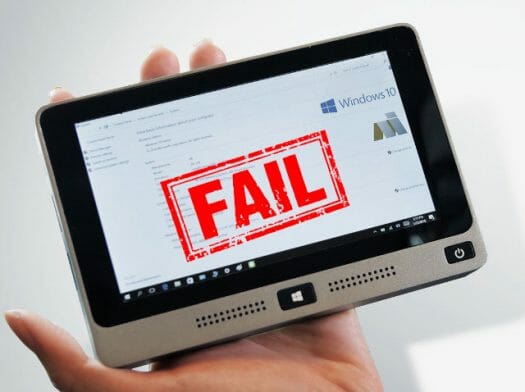 There were early red flags shorting after the launch of the campaign with the developer making unrealistic claims about a free upgrade from Atom x7 to Core M3-7Y30, and no pictures of an actual prototype. But somebody just left a comment on the CNX Software article that there was still nothing. 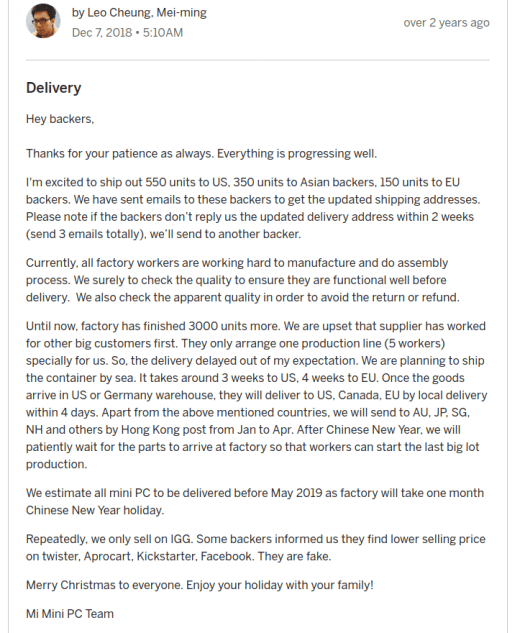 My naive self just thought “well, good that must mean the products were shipped after all”.  But there’s currently an unusually large number of comments, precisely 8,931, and it’s not to proclaim how delighted people are with the product… 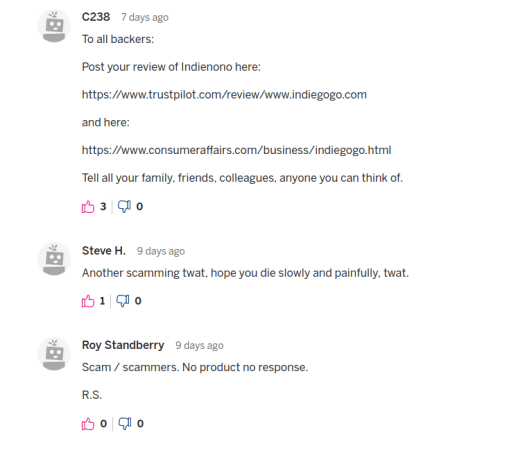 Among all the scam complaints, another commenter says it’s too late to claims a chargeback from the credit card issuer (in the US):

Time limits for Chargebacks for goods not delivered hasn’t changed. The limit of 540 days from the transaction date hasn’t been extended. This precludes anyone from requesting a Chargeback for this Scampaign if they haven’t already done so.

It’s also always tricky to get money back when multiple countries/parties are involved, in this case, the Hong Kong company, Indiegogo in the US, and the country of backers, as the legal expenses required would be much greater than the value of the products. So many of the”17,449 backers, if not most, will have simply lost their money.

Oh wow, I’d totally forgotten those things existed! Searching for them now I can’t find any, instead mini PCs have no display.

Check the photos half way down on https://www.pipo-store.com/pipo-x11-mini-pc-tv-box.html

Ah I had hoped they’d advanced a bit since USB-C has become popular. For background I’m looking for a roughly phone-sized device that can operate standalone but with one USB-C cable hook up power, data and video to an external monitor. Ideally it should be x86 with windows 10 or linux and should have some beef to it (8GB RAM? Intel J4015?). This is all because I’m enjoying the convergence mode on my pinephone but wish it were a bit more stable, faster and had better software support. Closest I’ve found can’t operate standalone e.g. lattepanda, udoo boards. I’m not… Read more »

This doesn’t meet your requirements, but:

By standalone you mean it needs a small touch display on it? Like an RPi touch HAT slapped on an x86 Rock Pi X or something?

Yes – you beat me to to the Magic Stick…

Yeah, just like the Magic stick (also on Indigo).

lol I funded it

RIP in peace. Thank you for your service. 🙁

It’s been my experience that even when a crowdfunded project is delivered it’s always underwhelming, not necessarily bad just doesn’t live up to the hype.