Huawei plans for an Android alternative called HongMeng (鸿蒙) OS were leaked in 2019 following tensions with the US government that prevented them from working with American and other companies around the world. The operating system was later called HarmonyOS for the overseas markets, and Huawei released HarmonyOS 2.0 beta in September of last year, where we learned it was heavily inspired by Android, replacing Google GMS with Huawei’s own HMS, but using the same development tools.

We also got a roadmap at the time with the company planning to launch HarmonyOS devices in 2021. Developers first got the HiSpark WiFi IoT RISC-V development board to play with the new OS in October 2020, but now the company has finally announced HarmonyOS consumer devices with three Huawei MatePad tablets, and two Huawei 3 watches.

Three models have been introduced with a mix of Kirin and Snapdragon processors: 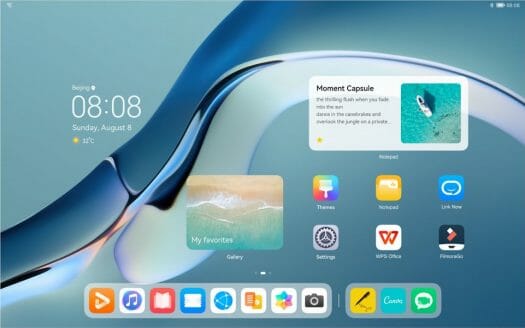 While under the hood, HarmonyOS may be based on AOSP. the user interface looks different, and Huawei brought some interesting features such as multi-window mode (up to four windows) and the ability to use the tablet as a second screen for a Windows PC.

HarmonyOS will be used on a complete range of devices from low-end devices with as little as 128KB RAM up to phones, laptops, and the tablets mentioned above with over 4GB RAM. So Huawei also launched two HarmonyOS smartwatches with Huawei Watch 3 and Watch 3 Pro.

The new watches are not exactly low-end, as they come with 2GB RAM and 16GB storage which should be plenty for wearable devices.  Both are equipped with a 1.43-inch AMOLED color circular display, several sensors including an optical heart rate sensor and body temperature sensor, eSIM with 4G cellular connectivity, GNSS support (GPS, GLONASS, Galileo, Beidou, and QZSS), and 5 ATM water resistance. 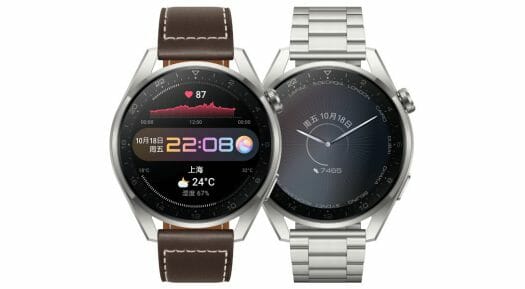 Both devices are compatible with smartphones running Android 6.0+ and iOS 9.0+, but there’s no mention of HarmonyOS smartphones’ compatibility. I’m sure it’s coming soon as we’ll see further below.

Over 100 existing devices to be upgraded to HarmonyOS

Launching new devices with HarmonyOS is nice, but what about the many existing Huawei devices, will they get an update too? Well, it depends, but the company is committed to providing upgrades to over 100 devices from smartphones to tablets. Roll-outs progressing over time with some getting an upgrade this week, and others needing to wait until H1 2022 depending on the devices. 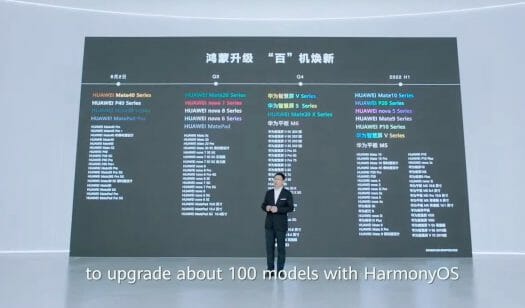 You can find the full list of devices and schedules for HarmonyOS updates on  HuaweiCentral, and if you are really interested in HarmonyOS, go ahead and watch the ~90 minutes presentation.

Seems to be a brand, not a thing. Right now it brands two things: a rebuild of AOS + replacements for Google proprietary bits (in tablets and phones), and a new IoT OS (in the watches).