The system can support up to 32GB RAM, relies on M.2 SSD storage for the OS, and can provide up to 40TB of data storage through the two SATA bays. It is also equipped with an HDMI output port, several USB 3.x/2.0 ports, as well as a 3.5mm audio jack. 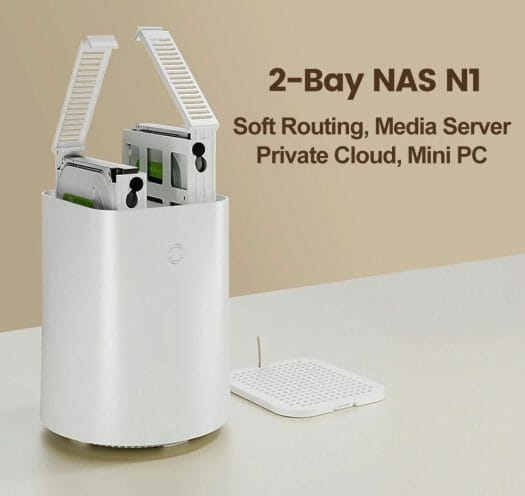 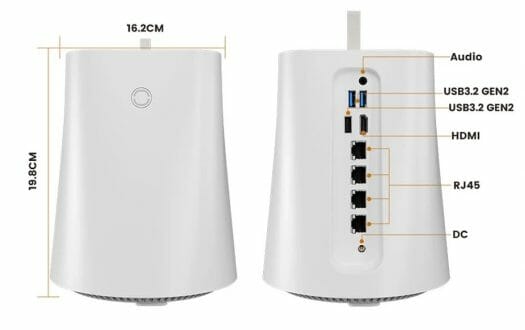 Unless you purchase the barebone model, the company preinstalls Windows 10 Pro on the system but also lists various other Linux operating systems including OpenWrt, CentOS, and Ubuntu, as well as the iKuai soft routing operating system. LEDE is also listed, but I’m not quite sure why, since, as I understand it, the LEDE team has been back to working on the OpenWrt project for a few years now. 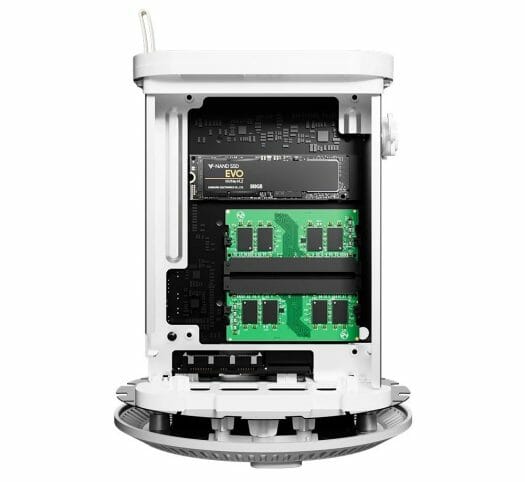 That’s my understanding that it also supports 2.5-inch drives

If 3.5″ fits then 2.5″ always will fit too (regardless of height). Only issue is to pull those little drives out of the bays so place two tape strips wisely per disk or buy mechanical adapters / carriers for 3.5″ slots.

… and a HDMI interface, so you can also use it as a PC or mediaplayer? If so: nice.

Yes, and the soc supports hdmi-cec. That doesn’t mean this system does, but it MAY work

And the concept is as stupid as it ever was since smart people realize that a firewall/router should be physically separated from the NAS where your precious data resides.

Would it be possible to achieve something similar with a hypervisor to run two operating systems? For example. OpenWrt could be used to handle the router/firewall, and the main OS for media and NAS with any traffic out of the LAN going through OpenWrt.

If this box would consist of two separate motherboards sure. But if everything runs on the Athlon there needs to be a main OS and some sort of containerization/ virtualization for the router/firewall (PCIe passthrough).

To trust into this you need to ignore reality: VM/container escapes exist. This list is not really exhaustive, CVE-2022-0185 and many others are missing.

Yep. VM or container isolation proves an elusive goal on both AMD and INTEL. Plus, if an SMB port leaks on the Internet the bad guys will come as fast as flees land on ham rotting under the sun.

The history of INTEL SGX enclaves is an equally sobering story.

So those AliExpress devices that have 4 ethernet could just increase the height of their boxes, use a board with two sata and sell as a Nas too?

I bought one – thanks to this post. Wish me luck.