The module comes with up to 12GB of RAM, 4GB for the programmable logic (PL) and 8GB for the Arm Cortex-A53/R5-based Processing System (PS), two 240-pin high-density, high-speed connectors with 142 user I/Os, 16x GTH transceivers up to 16.3Gbps, and four GTR transceivers up to 6Gbps. 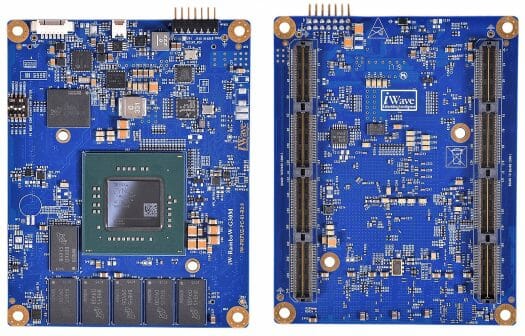 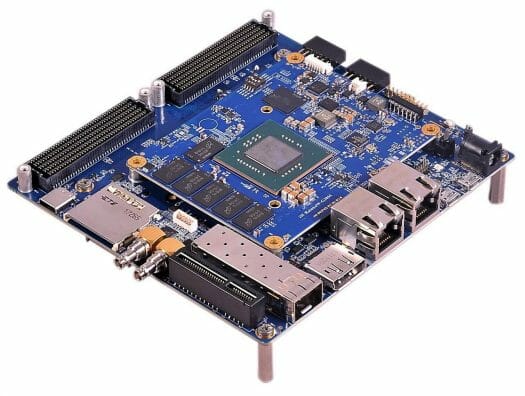 The company claims Xilinx Zynq UltraScale+ MPSoC devices are well-suited to deliver advanced capabilities to LiDAR sensors such as signal processing, point cloud pre-processing, and point cloud machine learning acceleration. iWave also highlights the power efficiency of the AMD Xilinx chips which can be critical for many applications using LiDAR’s such as autonomous vehicles or avionic applications.

The iW-RainboW-G30M system-on-module and development kit appear to be available now for an undisclosed price, and iWave Systems promises a 10+ years life cycle for the module. Additional information may be found on the product page.