So I’ll admit to vacillating between doing this 5.6 release and doing another -rc.

This has a bit more changes than I’d like, but they are mostly from davem’s networking fixes pulls, and David feels comfy with them. And I looked over the diff, and none of it looks scary. It’s just slightly more than I’d have preferred at this stage – not doesn’t really seem worth delaying a release over.

So about half the diff from the final week is network driver fixlets,
and some minor core networking fixes. Another 20% is tooling – mostly bpf and netfilter selftests (but also some perf work).

The rest is “misc” – mostly random drivers (gpio, rdma, input) and DTS files. With a smattering of fixes elsewhere (a couple of afs fixes, some vm fixes, etc).

The shortlog is appended, nothing really looks all that exciting, and
most of the discussions I’ve seen are already about things for the
next merge window.

Which obviously opens now as of the release, and I’ll start doing pulls tomorrow. I already have a couple of pull requests in pending in my inbox – thank you.

And while I haven’t really seen any real sign of kernel development being impacted by all the coronavirus activity – I suspect a lot of us work from home even normally, and my daughter laughed at me and called me a “social distancing champ” the other day – it may be worth just mentioning: I think we’re all reading the news and slightly distracted. I’m currently going by the assumption that we’ll have a fairly normal 5.7 release, and there doesn’t seem to be any signs saying otherwise, but hey, people may have better-than-usual reasons for missing the merge window. Let me know if you know of some subsystem that ends up being affected.

So we’ll play it by ear and see what happens. It’s not like the merge window is more important than your health, or the health of people around you.

Released in January, Linux 5.5 improved io_uring asynchronous I/Os and WiFi, added support for KUnit unit testing framework for the Linux kernel, and SMB rootfs and multichannel support, among other changes. 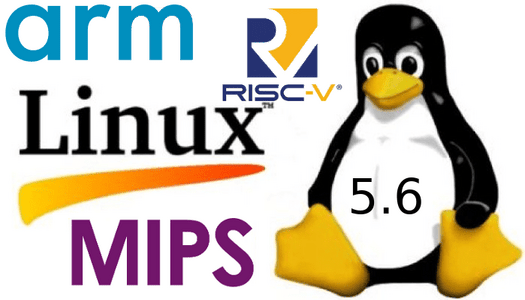 Linux 5.6 has some newsworthy changes including:

Changes for RISC-V architecture in Linux 5.6:

Some of those changes are said to allow booting a buildroot-based system on QEMU’s virt board.

For the full list of commit messages, you can check out the changelog generated with the command git log v5.5..v5.6 --stat.  KernelNewbies website should also soon have a Linux 5.6 changelog.

Am I the only weirdo with MIPS nostalgia?