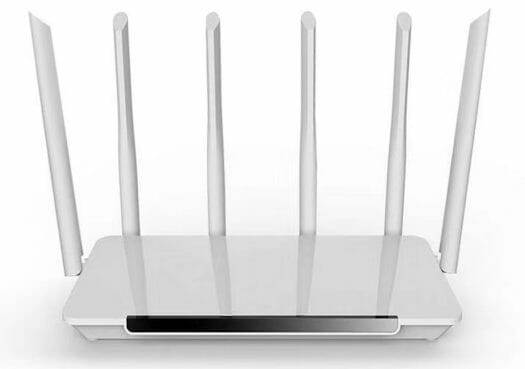 Rockchip RK3588 octa-core Cortex-A76/A55 processor was only expected in the second half of 2020 for IoT and vision/AI applications, but at least one company is working on a 3-in-1 product based on Rockchip high-end processor with a “5G AIoT 8K TV box” that also works as a 5G and WiFi 6, and with features such as Zigbee can also act as a home automation gateway.

The thing is supposed to run Android 9.0 operating system, but it’s a little odd that Rockchip does not work on an Android 10 for an upcoming processor.

When I asked the company (Shenzhen Tomato) about availability, they first said “soon”, and when I asked more photos, they did not have any, finally admitting that it will “take time to do but if have client wants to develop we can start”… So unsurprisingly, it’s not quite ready but under development. The specifications on the product page also list Mali-G31 MP2 as the GPU, but it would be madness to combine an entry-level GPU with high-end CPU cores, so I’ll leave the Arm “Natt” GPU entry for now.

I also wondered if that really made sense to offer a 5G “TV box” at this point in time, and looked back at 5G forecasts from 2019. So it looks like there should only be a few million subscriptions worldwide this year, and hundreds of millions by 2021, so this type of product may be a bit early, and most 5G subscribers will likely get a 5G router from their telco. So I’m not convinced many people would be interested, especially this kind of product would likely cost $300 to $400 right now, and to make full use of it you’d also need an expensive 8K television with very little content to play at this point in time. I think the first proper 8K content would have been the Olympics this summer, but obviously this won’t happen this year…

Could they be talking about it early because software is not good, maybe they hope community will get head start resolving software issues ?

I think they packed too many unrelated features into this box, resulting in an inflated cost. Those who want a TV box will likely not be interested in Zigbee etc, those interested in using it as a home network gateway will not necessarily want to connect their TV to it, and will not be interested in the horsepower of an A76. It’s likely that their work will mostly result in making it easier for a number of competitors to offer simple TV boxes and simple gateways which all will be cheaper.

ZigBee is a $1 or less cost to add, depending on what chip you chose. In fact, there’s RF4CE which is a feature stripped ZigBee stack that’s used for remote controls for a lot of AV stuff in the US especially. So in this case it might not be for home automation, bur rather for the remote control for this device, or to control other AV devices.

A trusted source told me not to expect RK3588 SoC this year.
So Shenzhen Tomato (and the factory they work with) are a bit ahead of themselves here…

What’s that supposed to mean?

I think it’s supposed to mean some companies will be able to get access to RK3588 first, but I’m not quite sure it’s true, and I’ve been told the roadmap had been updated for an RK3588 launch in 2021. I did not see the roadmap myself.

Sigh. So CortexA72 VIM3 is the fastest Linux+ARM SBC i can get now.

A Quad or Hexa-Core A76, A77, A78 would be nice for compiling armv8 stuff with. Throw in 8GB RAM and fast EMMC or M.2 interface as well and we’d be happy campers with open wallets.

Danger… Another all-in-one Chinese Router/IoT Honeypot plus (at a minimum) it’s just a back door for China’s Xi-Net. If you even touch this thing I recommend you bastion – bastion – bastion, which basically renders this device useless. We’re already fighting against the Wuhan Coronovirus. The last thing we need right now is to infect our countries with an unknown and untrusted Chinese network device like this.

Where do you think Nvidia Shield TV, ipads and iphones are made?

I won’t get gigabit internet for a few years (2+ no time line) where I live. So I think I could get faster download speed from 5g once available and would be interested in replacing my router and internet with 5g and this. Not sure if the cost per month would be higher or lower.

Wired and wireless speeds are not directly comparable. If you get Gigabit Internet (Fiber) you should get close to that transfer rate to your ISP, but with 5G it will depend how close you are from the base station, buildings that may block the signal, etc… So you may never get one Gigabit from an advertized Gigabit 5G broadband connection.