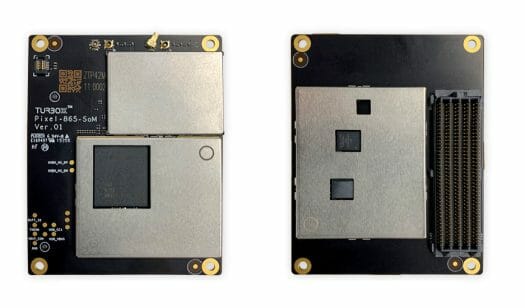 The module only supports Android 10, and is made for “IoT” applications such as robots, VR/AR headsets, smart cameras, AI devices, and more. 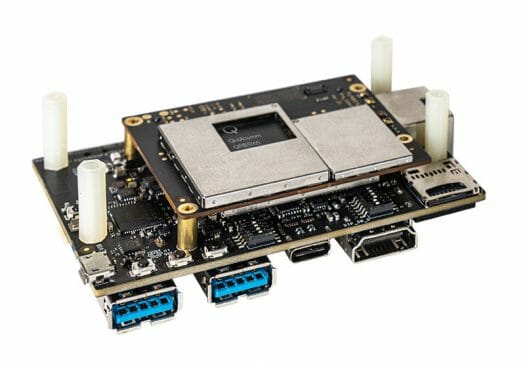 While the company claims the board follows 96boards specifications, they took some liberty, and they appear to follow 96Boards specifications V2.0 which adds an optional Ethernet RJ45, but also added quite a few low-speed and high-speed connectors.

TurboX C865 Development Kit is available now for $1299, while you’d need to to inquire for pricing and lead times for the module via the product page. Documentation is only available in the first link, and some documents (devkit datasheet and software release notes) require logging into the website.