CNX Software’s Giveaway Week 2022 has just ended, and it’s time to announce the winners. Just like last year, some companies added to the review samples I offered with Rakwireless and ELECFREAKS offering a LoRaWAN devkit and an educational robot respectively.

If you check out the photo of the items given away below you’ll find quite more than seven because the SONOFF NSPanel kit includes four Zigbee modules, and more importantly, we also organized a parallel giveaway week on CNX Software Thailand with small boards such as the Raspberry Pi Zero W or XIAO BLE. 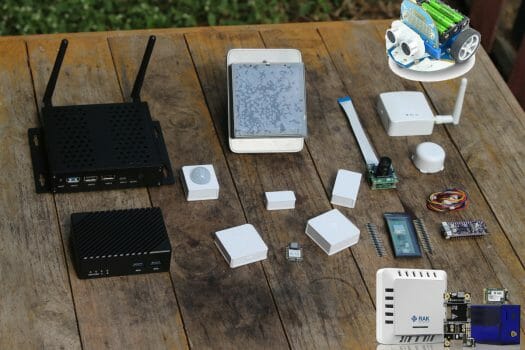 We had eight winners on CNX Software:

Most of the winners were based in Europe, but North and South America was also represented. We had no winners from Asia or Oceania, but this was partially mitigated with four winners from our contest in Thailand:

As a side note, following the giveaway, there are now over 100,000 approved comments since the inception of CNX Software blog in 2010. 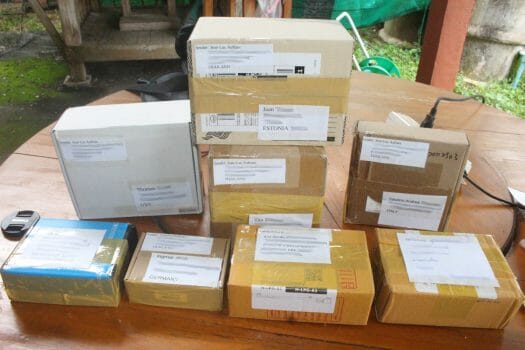 We’ve just sent eight parcels this morning, and RAKwireless & ELECFREAKS will handle shipping this week if they haven’t done so already. Note that I’m using relatively inexpensive shipping (small packet or ePacket), and winners should receive their prize in two to four weeks. It was fun, but it’s getting more complicated with international shipping getting more expensive and fewer options now available, some sanctions impacted the giveaway event, and I’m about to lose my personal PayPal account in Thailand since foreigners will not be allowed to have an account by the end of the month due to anti-money laundering laws. But I’m confident we’ll find ways and have a successful Giveaway Week 2023 next year! Thank you to all who participated!

lol I never win, thanks for the giveaway week 🙂

I’ve literally won something only once in my entire life, so I wasn’t exactly holding my breath here. Still, can’t help but feel a little disappointed.

Oh well, congratulations to the winners and thanks to Mr. Aufranc for organizing something like this in the first place!

Well, there’s a solution to this, which works perfectly fine for me: just don’t participate. That doesn’t help you win but it definitely helps you not feel disappointed and instead feel happy for the winners 🙂

congratulations to all winners! have fun! 🙂

Many congratulations to all the winners and a big, big “THANK YOU!!” to Jean-Luc for brightening up our lives. Arigatougozaimashita!

Congratulations to the lucky winners and thank you to Jean-Luc and the suppliers as some truly wonderful items were up for grabs this year!

I got really excited for a minute, and thought OMG I won!!! Then I checked the comments for the Mekotronics R58 mini PC give away and saw there was another Thomas from the USA 😮

I’m guessing if I didn’t already get an email, it wasn’t me that won. I’m going to need an ambien to get to bed after that adrenaline rush lol.

The winners also show that there are a lot people reading from Europe. Congratulations to all the winners. I love reading about everything you are doing here 🙂

Thanks for doing this Jean-Luc and congratulations to those who won!

congrats to everyone. we expect some posting from everyone what projects you use those items.

congrats to everyone and thanks for doing this

Congratulations to the winners! Thanks Jean-Luc for the opportunity to win some cool giveaways 🙂