In the second part of 2014, we saw a big jump in performance thanks to Cortex A15 and A17 based SoCs, and higher clocked Cortex A9 processors such as Rockchip RK3288 and Amlogic S812, but in 2015, TV box companies have focused on lowering the price and adding features such as HDMI 2.0, instead of looking for higher and higher CPU and GPU performance, and they’ve also moved to 64-bit ARM platform. Intel also continued its foray into low cost HDMI sticks and mini PCbased on Bay Trail, and later on Cherry Trail based devices.  The development boards story was also very much about lower cosst with the $15 Orange Pi PC, follow a few months later by the $5 Raspberry Pi Zero, although people looking for performance at any price still saw the release of Nvidia Jetson TX1 board. It’s was also a big year for IoT with the continued rise of ESP8266 with more and more options, and announcement of ESP32 Bluetooth and WiFi SoC, as well as various ever tinier boards featuring either WiFi and Bluetooth LE connectivity such as LinkIt Smart 7688 or WRTNode. We also started to see more and more wearables, and by the end of the year, I had reviewed 2 smartwatches, with one more in progress.

As every year,  I’ve compiled a list of the most popular post of 2015 using the pageviews count from Google Analytics:

While traffic on CNX Software in 2014 was a steady rise, it was more like a not-so-steep roller coaster in 2015 due to a long 3 month trip during which I posted less frequently.

“M8 Android TV box” and Google+ (aka the Ghost Town) were respectively the top keyword and referral site of 2014, but in 2015 “openwrt” and scoop.it took the lead. Google Analytics only shows the last three months for keywords, and the full year for referrals, but referrals exclude search engines such as Google or Bing that bring in a vast majority of the traffic.

As usual I’ve also looked at the visitors origin, operating systems, and browsers. 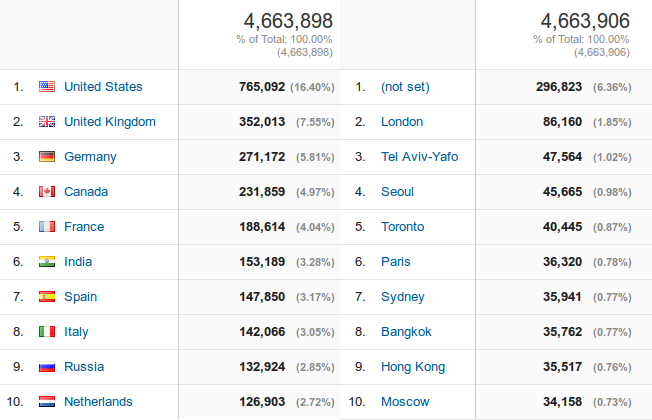 The US still claims the top spot, with the United Kingdom moving up to overtake Germany, but London has remained the city with the most sessions for the 3 years I actively tracked traffic. 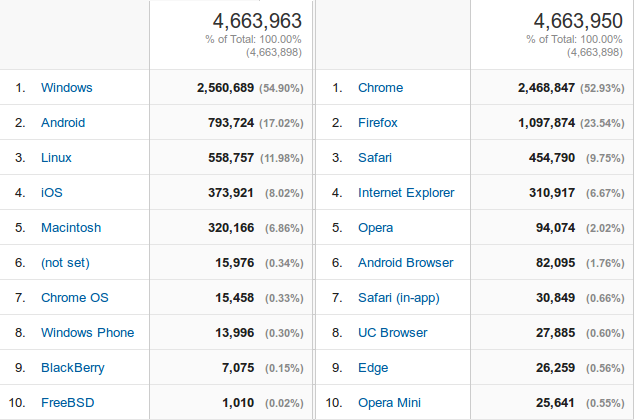 But I’ll conclude this post and 2015 with a positive note, by wishing you a very happy, prosperous, and healthy new year 2016, which should see more Cortex A57 and A72 designs and products hitting the stores, the rise of ESP32 Bluetooth+WiFi SoC, hopefully better working wearables, and innovations. 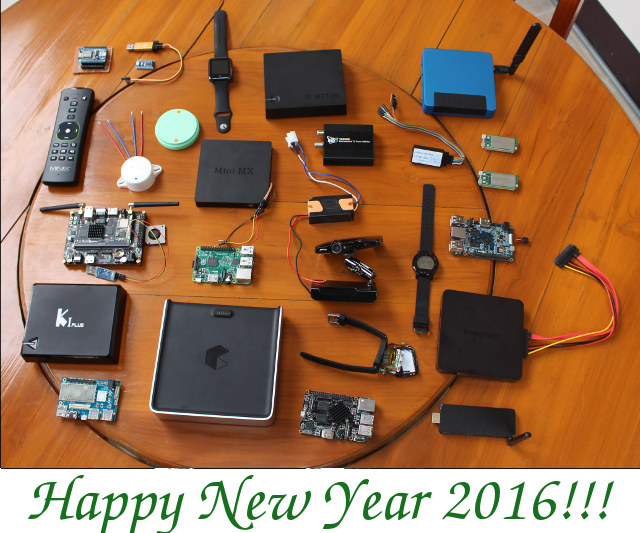