Linux 6.0 has just been released by Linus Torvalds:

So, as is hopefully clear to everybody, the major version number change is more about me running out of fingers and toes than it is about any big fundamental changes.

But of course there’s a lot of various changes in 6.0 – we’ve got over 15k non-merge commits in there in total, after all, and as such 6.0 is one of the bigger releases at least in numbers of commits in a while.

The shortlog of changes below is only the last week since 6.0-rc7. A little bit of everything, although the diffstat is dominated by drm (mostly amd new chip support) and networking drivers.

And this obviously means that tomorrow I’ll open the merge window for 6.1. Which – unlike 6.0 – has a number of fairly core new things lined up. But for now, please do give this most recent kernel version a whirl, 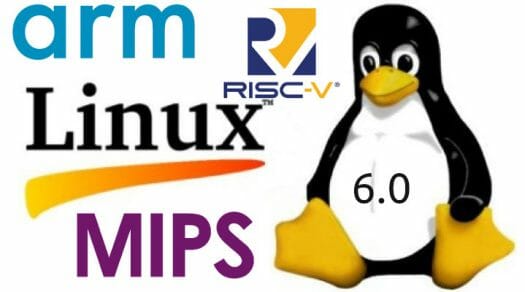 There are no ground-breaking new features in Linux 6.0, but some of the notable changes include:

There’s still some activity for MIPS, albeit limited

For more details, you could check out the Linux 6.0 changelog with commit messages only, generated with the command git log v5.19..v6.0-rc7 --stat. A more readable changelog should also be found on KernelNewbies website on the website is updated.

Linux 6.1 should be out in about two months.