Linux 5.12 release was expected last Sunday, but Linus Torvalds decided to release one more release candidate, namely Linux 5.12-RC8, to “make sure things are all settled down“, so the latest Linux kernel is now expected this weekend.  Tihs should not yield any significant changes, so we can check what’s new in Linux 5.12, notably with regards to Arm, MIPS, and RISC-V architectures often used in SoC’s found in embedded systems. 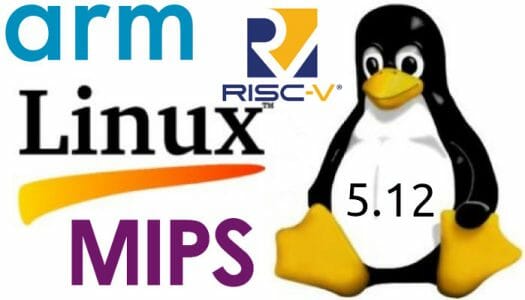 Some interesting changes in Linux 5.12 include:

Linux 5.12 changelog for the MIPS architecture

There have a few updates to Linux MIPS notably support for the Nintendo N64 video game console.

The last few Linux kernel releases were relatively boring for the RISC-V architecture, but Linux 5.12 is much more interesting with:

The full Linux 5.12 changelog can be found here. It was generated with the command git log v5.11..v5.12-rc8 --stat. The KernelNewbies website should also have a detailed rundown of Linux 5.12 changes.

The “Added support for Realtek RTL83XX SoCs” is leading to support for many Gigabit PoE switches to OpenWrt. Some D-Link DGS-1210 rev F models a few recent Netgear models and some ZyXEL switches. I’m currently working on adding support for extending the support to TRENDnet switches using this SOC.

I wonder if 5.12 will now be delayed because of this:

I’ve been wondering the same. It would have been more professional from them to get back at the end of their “experiment” and kindly provide a list of commits that were part of the experience and that had to be reverted. In the end some of their possibly valid fixes dated before the experiment are reverted as well and we may possibly wake up previously fixed bugs. And overall it casts the light on the “quality” of their work, as a huge number of these fixes were finally useless or even plain non-sense, so it’s a disservice to themselves and… Read more »

Linux 5.12 has been released on schedule, with no delays due to the hypocrite commits.