Crowdfunding has really took off in 2013, with sites like Kickstarter and Indiegogo, as they enable start-ups to launch new and innovative products, and some established, even large companies, I’m thinking Canonical with Ubuntu Edge here, have also tapped into that market, actually shifting part of the risks from shareholders, to customers / individual funders. 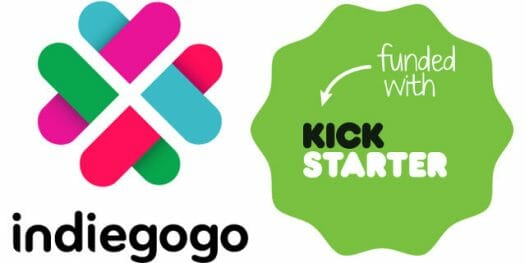 In this post, I’ll go through all the crowdfunding projects, 16 Indiegogo and 25 Kickstarter campaigns, featured on cnx-software.com between the beginning of December 2012 till the end of November 2013, to find out which ones have been a stellar success in terms of funding and on-time delivery, and those that have failed in one way or another, with some being close to looking like scams. There was a wide range of products with dealing home automation, the Internet of things, wireless Arduino compatible boards, Linux development boards, media players and more.

Let’s go straight to the subject with a table sorted chronologically.

Let’s get the projects with the worse possible outcome – backers money transferred to project owner, but perks never delivered – out of the way first. The worst project featured on CNX Software has to be FocusWill Coolship. This Linux keyboard powered by Rockchip RK3066 seemed promising, but the funds have just gone to money heaven, as the devices were never delivered, the Indiegogo page has disappeared, as well as FocusWill website, the company behind the project.

Stealth Nighthawk F-117A, not the fighter jet, but an HDMI TV Stick based on Broadcom BCM2835 (as found in the Raspberry Pi) capable of running XBMC, comes in second. The campaign was never successful, as it raised $7,404 out of $40,000, but the company still got the money thanks to Indiegogo flexible funding option. The company promised the device to backers, but none of them seem to have received it.

Most Projects Are Delayed

Out of the 41 campaigns, 9 projects did not get funding at all. Out of these 9, only 2 or 3 appear to have definitely been canceled, with the others just carrying development and manufacturing on their own. So a total of 5 products will never seen the light of day, meaning although 75.6% of projects get funded, 87.8% of products may be mass-produced. The Crowdfunding reality is probably much lower, as projects getting media exposure are obviously the most interesting ones.

Failure to meet the estimated delivery is a recurring issue with most crowd-funded projects. Many are just delayed one of two, but some others go way beyond that time frame, such as PlayJam GameStick (6-month delay), and the “Plug”, now called Lima, with project completion now estimated to be in spring 2014 instead of December 2013.

The Mojo, an FPGA development board which raised an impressive $100,000, well over their initial $7,000 funding target, appears to be the only fully funded project that delivered perks on time. The project was successfully funded on March 24, 2013, and according to updates and comments, the boards shipped in April, just as promised.

That’s all for today. If you have a good or bad crowd-funding experience to share, feel free to do so in the comments section.

You did not mention the Parallella board, which you also noticed here: http://www.cnx-software.com/2013/06/30/99-parallella-supercomputer-is-now-open-source-hardware/

thanks for this summary table

Going off topic here sorry but i am going to die if i cannot get a answer. while i was playing around inside my pc something touched the gpu and i saw fire and next i noticed the gpu was making too much noise like when you forget to plugin the power to your gpu the fans tend to go full speed. i think there is no power going from the pcb to the fan and made a video about it. https://www.youtube.com/watch?v=jY6jJiMPRbM just wondering can i use something like rockmans deepcool like the item below or do you guys have… Read more »

Think you shouldn’t restrict yourself to the 2 main crowdfunding platforms…it’s worth noting that PunchThrough Design managed to successfully close about $145k (target: $20k) for Cortado using their own, just a couple of hours ago:
http://punchthrough.com/

I had learnt about them through your blog:
http://www.cnx-software.com/2013/11/27/20-lightblue-cortado-is-an-arduino-compatible-board-programmed-wirelessly-via-bluetooth-le-crowdfunding/

Great survey, thanks for finding time for that! It’s a pity that latest projects didn’t fit in. I understand that it’s too early to make conclusions, but http://www.cnx-software.com/2013/12/02/micro-python-brings-python-to-mcu-boards-and-robots-crowdfunding/ was both a great funding success and very solid project technically. It’s also that type of project where good project planning and marketing make it possible to develop not just hardware, but also software. Hardware comes and goes, but there always should be good software to run it. Recently mentioned NavSpark http://www.cnx-software.com/2013/12/21/15-and-up-navspark-is-a-tiny-gps-gnss-arduino-software-compatible-board-crowdfunding/ is also an interesting project, too bad it’s not going to reach funding with such approach (typical mistake of project… Read more »

@Patola
That’s because Parallela funding took place in 2012 (during my holidays), but I only wrote about it in 2013 when they released the open source code.

@sk
Another successful “self-crowdfunding” project was the Earl tablet: http://www.cnx-software.com/2013/05/09/earl-rugged-e-ink-tablet-for-the-outdoors/

But I chose to skip these. Maybe I should have at least mentioned them at the end.

It is not from 2013 but still worth to mention Cubieboard!

The project with flexible founding has reached almost twice as the pledge of U$ 50.000 and was closed earlier to meet the deadlines! I don’t remember if it did but I am very happy with it.

Also, some people are reporting/tracking kickstarter scams here:
http://www.kickstarterforum.org/fraud-watch-f13.html
(First link above was from this forum)

This is interesting. I received my Coolship last year. I assumed everyone else did, too. It was kind of a cool project, but the build quality basically sucked. I used it as a bedroom computer with an old HD monitor for about six months. I definitely got my investment out of it. I was hoping for an upgrade board for it, which was one of the selling points, and ended up on this page as a result of searching for one. I guess I’m out of luck.